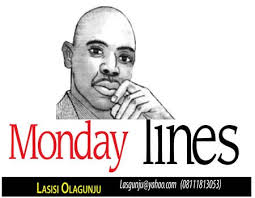 The mountain top is a great place to be, but it is very slippery. History is full of cases of very promising heads lost to the sharp edges of indiscretion, of meeting or making bad friends, and of taking wrong bends. The most ‘popular’ names in Nigeria in the last few days are Abba Kyari and Hushpuppi – an alias adopted by a super rich dude who had no shop. Kyari is a policeman, the other man a conman. Social media posts by the two names used to break the Internet. Now, it is posts about their fall that trend. Why Hushpuppi chose that moniker, we do not know yet. But we know that hushpuppies are balls of delicacy – crisp outside, soft inside. As a phrase, hush puppy has a history. Robert Moss, writing on Food History, explored this. He referenced a 1939 article in the Capital Times of Madison, Wisconsin: A Florida cook was tired of hearing dogs around him bark and whine when they smelled frying fish. Then, “in desperation to hush the puppies,” the writer claims, “she stirred up a batch of corn cakes to feed the hounds.” The dogs rushed the cakes and stopped baying. Sampling the food, the cook herself found the ‘hush cakes’ great and delicious and that was how a novel food was born. The phrase soon moved from the surface waters of culinary to the depths of crime and politics. Two centuries ago, hushpuppy became a term for silencing someone or for covering something up. 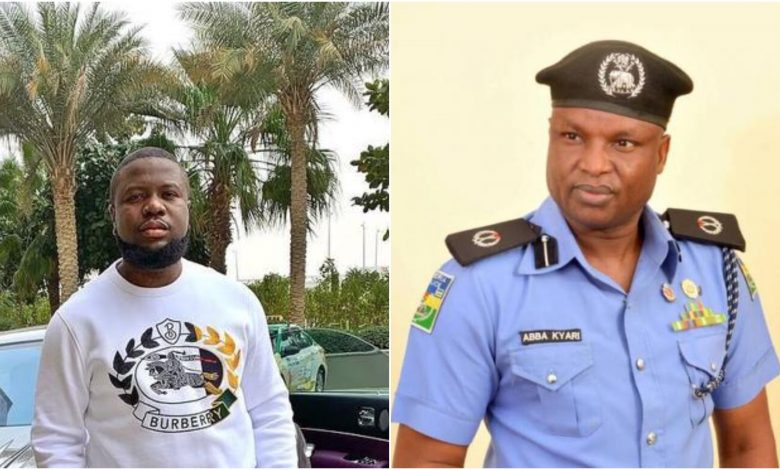 That is the name chosen by a guy, Abass Ramon who was to become a close pal and nemesis of Nigeria’s super cop, Abba Alhaji Kyari. A super cop is defined as a highly skilled and dedicated member of the police. His job is to sniff crimes and arrest criminals before they strike. So, when a human turns up by the bedside of a super detective, and says he is Hushpuppy (or Hushpuppi), the red flag of the policeman is supposed to be up and flying. But this was not the case with Kyari. The cop curled the con. With charm and cash, Ramon Hushpuppi took Kyari to bed and the romance was sizzling enough to sink Romeo and Juliet’s love. The baby of the union is the tide threatening to wash the police officer away now. Kyari is accused by the United States of colluding with and receiving bribe from Ramon, the international fraudster, to arrest an errant member of his gang. Already, the cop is suspended from work. Two statements were out Sunday against him. The first was from the Police spokesman, Frank Mba, titled, ‘FBI indictment: IGP recommends suspension of DCP Abba Kyari.’ It said the Inspector-General of Police, Usman Baba, had recommended to the Police Service Commission the “immediate suspension” of the Head of the Police Intelligence Response Team, DCP Abba Kyari, from the Nigeria Police Force. The second statement was from the commission. It suspended the officer.

There is an old joke in the Nigerian Army: Fear God, fear Major. For the ordinary person on the street, the fear of policemen is a million times more recommended than the dread of peddlers of common crimes. And it is not strictly a Nigerian thing. Cops caught with common crimes and criminals are constant updates in police history – even in the developed world. Stephen Caracappa and Louis Eppolito were crack detectives with the New York City Police Department (NYPD). They were later found to have sold their badge for cash and committed grave crimes of various types. The Mafia Cops, prosecutors said at their trial, “earned $4,000 a month on the payroll of Luchese underboss Anthony (Gaspipe) Casso from 1986 to 1990 to orchestrate murders and pass along confidential police information.” Their careers came to a sad end in 2006 when they were found guilty of “extortion, narcotics, illegal gambling, obstruction of justice, eight counts of murder and conspiracy to commit murder.” The cops-turned-contract-killers got life sentences in 2009. And what was their response to the sentence? Caracappa as reported by Daily News of March 6, 2009, said “I am innocent of all these charges. And you’ll never take away my will to prove how innocent I am.” His partner, Eppolito, while also denying the charges said defiantly: “The federal government can take my life. I’m a man. They can’t take my soul. They can’t take my pride. They can’t take my dignity. I was a hardworking cop. I never hurt anybody. I never kidnapped anybody. … I never did any of this.”

Kyari wrote a denial too. But after the initial attempts at dismissing the charge from America, he has kept quiet. He probably realized the reverse wisdom in digging while stuck in a ditch. All eyes are now on his employers and the results of their probe. Only very great optimists would say it is not over for the showy cop. But even he must be seeing a sad end to a whirlwind career. It was his choice.

There are lessons in this fall: I do not think Kyari started his career as a bad cop. Where I come from, there is a term called Ibaje (‘decay’ is its closest translation). Ibaje does not look for what is rotten to destroy. It seeks out the good to make bad. Have you ever asked yourself what makes fruits rot? The unseen beings, the bacteria or archaea or whatever that destroy fruits do so because they are also in search of nutrients for growth and survival. It was survival that led Hushpuppi to Kyari. Character is like fruits – or grains; it needs good storage to remain good and maintain the purity of its properties. That is why the warning has always been out: It is not every outstretched hand that you shake. It is not every visitor that you embrace. Very great careers have been ruined and destinies altered because of wrong persons met and diseased hands shaken.

Illiya Bisalla was a Major General in the Nigerian Army. During the civil war, then Col. Bisalla was a General Officer Commanding (GOC). Some accounts say he did his difficult job with uncommon civility and never condoned abuse of the civilian population. He was quite popular – so much that after the war, a major street was named after him in Enugu. Five years after the war, the Murtala coup that sacked his kinsman, Yakubu Gowon happened to Nigeria and Bisalla became defence minister. Seven months after he became minister, Bisalla was dead, executed on March 12, 1976 because of the Dimka coup that killed Murtala Mohammed a month earlier. Bisalla’s last words were: “I was to be set free yesterday, but for this boy Dimka who implicated me. God knows I didn’t know anything about it. Allah Sariki.”

But is it true that he didn’t really know anything about it? Or rather, how did he get implicated in the plot? The military government’s official explanation for his guilt was that the ousted and bitter General Gowon had, 54 days before the abortive coup, received Colonel B.S. Dimka in London while the colonel was in Madrid, Spain on an official business. General Gowon was accused of asking Colonel Dimka to meet General Bisalla in Nigeria and discuss the plot. Dimka said truly he met Bisalla. Bisalla denied meeting Dimka. General Gowon denied any knowledge of the abortive coup. He, however, admitted that he received Dimka and those he described as “a mixed group” of Nigerians in his London home in the night of December 21, 1975. He said he was “experienced enough militarily and in the art of government not to engage in serious discussion of planning a coup with a mixed group.” The state was not impressed. The former Head of State lost his rank as a four-star General and was declared wanted by Nigeria which also demanded his extradition from London. He was a fugitive for the next six years. And what about the celebrated war hero, Bisalla? He was executed by firing squad on March 12, 1976 after a guilty verdict. And what is more, at that point, no one remembered any good he had done in the past. The New York Times, while reporting his execution, said that “security men had some difficulty in keeping the thousands of spectators under control.”

The secretary of the tribunal that tried Bisalla was Col. Mamman Vatsa. He rose to become a celebrated General of the Nigerian Army. A poet with 19 published poetry collections, Vatsa wrote for adults and for children. One of his poems that was to play an ironic prank on him has the title ‘Judgement Day.’ A commentator described him as “a facilitator and patron of the arts in Nigeria.” He was quite popular because he was unusual as a General in love with the arts. He was very rich too – and that turned out his nemesis. An army officer, Lt. Col Musa Bitiyong, visited him and, after some discussions, he gave the officer N10,000 – that was a lot of money which only the super rich could give out that time. Bitiyong was later found to be coordinating a coup against the sitting government. On December 17, 1985, Vatsa was arrested at his Ikoyi home. His offence: He funded a coup plot. The N10,000 from Vatsa to Bitiyong came into focus as proof of coup financing. Vatsa said it was a loan for farming. No one listened to him. He got a guilty-as-charged verdict and was executed on March 5, 1986.

The wise gets humbled by how high life takes him; the foolish takes the opposite lane. Marie Antoinette was very popular when she arrived in France as the prince’s bride. She became queen, and made new friends and developed new tastes. History says her life of “complete splendour at the palace of Versailles” alienated her from the people and she became a sinner. She displayed the opulence of her endowments the way Kyari flaunted his exploits on Instagram and Facebook. When eventually Antoinette fell and was being led to her death on October 16, 1793, the love of her beginning was no longer there. “She was jeered on her hour-long journey to the guillotine.”

The world currently has a population of 7.7 billion and that precisely is the number of sinners that live on earth. So, I do not celebrate the fall of anyone. The fall of every leaf degrades the forest and its foliage. I pray daily that we all end well. But there is a price to pay for the company we keep – and for every step we take. May our head lead us to what is good; may our legs carry us to do that which is right.

OPINION: The Rising Menace of Oil Thieves, By Olusegun Adeniyi