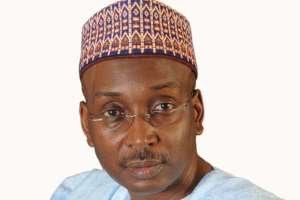 Lukman’s resignation came amid the deepening uncertainties in the governing All Progressives Congress (APC) over its national convention.

The DG, it was learned, resigned on Monday following a sharp division among the APC governors during their Sunday night meeting in Abuja.

Lukman, according to inside sources, submitted his letter of resignation to the Chairman of the Progressive Governors’ Forum and Kebbi State Governor Atiku Bagudu.

It was gathered that some governors at the meeting wanted Lukman to either resign or be sacked, hence his resignation.

However, the majority of the governors reportedly wanted him to remain as the forum’s DG, while a few others insisted he must go.