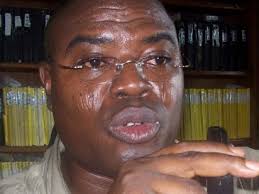 In this exclusive interview with ISAAC OLAMIKAN, Barrister Henry Idahagbon, the immediate past Commissioner for Justice and Attorney-General of Edo State, who is one of the brains behind the Edo People’s Movement (EPM), a group within the All Progressives Congress(APC) in the state, spoke extensively on the crisis rocking the party in the state and other sundry issues.

On plans by APC to investigate activities of EPM

That the party(All Progressives Congress) under Anselm Ojezua will set up a committee to suspend or investigate the activities of Edo People’s Movement(EPM) in the state clearly shows how clueless Anselm Ojezua is in the management of a political party. Some months ago we gave him a leeway out of the crisis. We suggested he invite the leadership of EPM for a discussion. This he has refused to do. It will interest the general public to know that since this crisis started Anselm Ojezua has never deemed it fit to even find out from the leadership of the EPM why they are up in arms against the party. So, for us it shows that Anselm is clueless; is not a fit and proper person to be state chairman of a party. Now, it also shows that we have clear political neophytes in government in Edo State. People who have never contested elections before, people who have never through party administration. We are approaching a gubernatorial election and you are thinking of suspending very formidable grassroots members of the party. 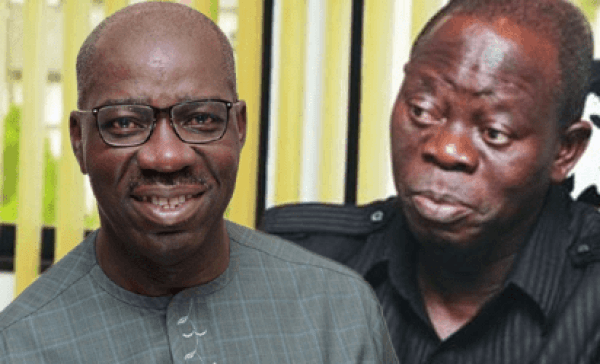 Three years ago in order for Godwin Obaseki to win Oshiomhole rallied all the centripetal and centrifugal forces in Edo State. He rallied the good, the bad and the ugly. He rallied the youths, market women, traditional institutions. He rallied everybody put together. At the end of the day Pastor Osagie Ize-Iyamu was ‘defeated’. I put the defeated in quotation marks with only 58,000 votes. I can make available today to Anselm Ojezua register of EPM members in all the 18 local government areas of the state. Many local government areas have gone ahead to set up their ward structures. I can tell him for free that we have over 200,000 members. So, if you go to election today with over 200,000 members of your own party against you how do you win? In any case, this was clearly demonstrated during the Presidential elections this year. The reason we lost woefully in Edo Central and South was because many members of the party were disgruntled, were angry with the system and they said that let Godwin Obaseki and Ojezua go and deliver themselves. They failed woefully. We have a governor who is boastful about his second tenure election not been negotiable when he lost his ward, unit, local government, senatorial district and state. We have a governor whose representative in the House of Representatives in Abuja is a PDP member, whose senator is also of the PDP. So it is unfortunate that they can be talking of suspension. Let me say without any fear of contradiction that we in EPM are not afraid of any suspension coming from Ojezua. We had our meeting at Igueben yesterday(Friday, October 11th, 2019). We have another meeting scheduled for next week Wednesday in Agenebode and we will come out with our own plans. They have come out with their plans which we are aware of. We had our members in attendance at the meeting they held in the state secretariat. We were getting live reports of what was happening there because our members were there. In that state executive council we have more members than Ojezua unknown to him. He has learnt nothing because he doesn’t have the capacity to learn. What any responsible party chairman will do as we approach election is to reach out to everybody. When Oshiomhole was going for a second term as governor there were people who were angry. He reached out to them. That’s the approach.

This governor sees himself as the greatest thing to happen since the discovery of sliced bread. He believes that he is the best governor that has ever been born on the surface of the earth and that he can even win election in his absence. He is deceiving himself. Let him send people to the various markets, motor parks, drivers, farmers etc. People are angry with the government, they are angry with the party. We in the EPM are the conscience of the party. We summoned courage at huge personal risk. Every day we are threatened. We are ready. Let them know that we are not afraid of them. We are waiting for them and the ultimate waiting for them is at the ballot box.

My overseas trip & the attack on Obaseki

I went overseas because my son was starting university and as a good father I had to be there for him. I took him to primary school, secondary school and also to college. When it was time for him to start university education I went with him. I don’t owe anybody explanation for that. I am a private citizen. The governor was humiliated in New York. I was in the United Kingdom. It is about eight hours apart. In any case, I wish I had the power to organise it. There is what the Benins call Efa. Efa will continue to follow this government until the end of its tenure. Before the humiliation in New York he fell in Ekpoma and his glasses fell off his face. It is not ordinary. The political ancestors are angry. They are angry that we brought an impostor, a total stranger that is humiliating and dehumanising us. After the disgraceful fall in Ekpoma then the humiliation in New York and then another humiliation during the NUT award in Abuja when he fell asleep in the public place. He will continue to suffer one Efa after the other because the spirit of the Professor Ambrose Allis, Ogbemudias, Bello Osagies and all the great Benin politicians are angry.

Nobody has ever treated the political class with this level of disdain since we have been in this business. Somebody will openly call those who work day and night for his emergence as a governor thieves, greedy, liars etc. A man who didn’t acquire the APC card until about six months to his election. He had never voted in any election. He had never participated in any political meeting. If you ask him to list the 18 local government council’s in Edo State I am sure that after three years he may not be able to name them and their headquarters. He doesn’t know the wards. A man who does not know the village where he comes from, he cannot speak Benin language. He cannot speak pidgin. So what language do you use in communicating with the people? Oshiomhole was jumping up and down at the election rallies to market him.

Yesterday he went to the Stella Obasanjo Hospital and made allegations. He was chairman of the economic team. Every major policy decision of the state he had an input in it. November 12 next year is at hand. By November 12, 2019 we will put a giant clock at Ring Road. The countdown would have started. We all collectively worked for your victory. After you come in you say that there is nobody good enough in Edo State you now go to Rivers, Delta and Lagos State to import people. Edo government house today is populated by smart phones and laptops wielding youths with foreign names. Edo people are angry. If you cannot do something for us do not abuse us.

All the promises you made how many have you fulfilled?  Today, I know nobody whether from my nuclear family, extended family or political family that has been employed by this government in the past three years. You say you don’t want thugs but you put PUWOV on the streets. They are certified thugs.

You are using every instrument of state to pursue members of your political party. Party members voted for 24 members of the House of Assembly. As we speak today only nine members are in the house while 15 members are on exile and you are happy. Out of the fifteen two of them represent you. You are unable to win to your side people who are elected by your constituency.