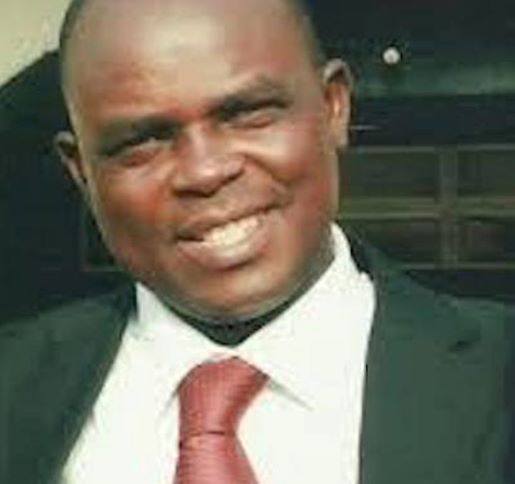 “The greatest happiness of the greatest number is the foundation of morals and legislation” – Jeremy Bentham.

Last week’s “In ‘defence’ of Bill Gates” was a satire although some readers took it in its literal sense or face value and queried me for “defending” Bill Gates! Satire is a figure of speech and literary weapon used by writers to mean the very opposite of what they say. Not everyone is aware of this poetic licence that is available to writers; nay, even orators. Marc Antony, in William Shakespeare’s Julius Caesar, employed it beautifully in the effusive encomiums he poured on slain Caesar while trying to avoid the wrath of “noble Brutus” and Caesar’s other murderers.

Decades ago, Dr. Olatunji Dare of The Guardian newspapers wrote a satire that he afterwards regretted. Readers took what Dr. Dare said on its face value and whacked him mercilessly. When he protested that it was satire, his traducers did their worst: They said his rebuttal was an after-thought and a clever-by-half attempt to escape reproof! It would have been more honourable had he owned up and apologized, they added! What a bind! The man swore never again to trade in satire!

I, too, have had brushes with readers who love it “live-and-direct” as one of them put it. I have listened to those who said they loathed “reported speeches” and each time I employed that genre, they felt they had wasted the money spent on the newspaper for that day. Last week’s ‘defence’ of Bill and Melinda Gates and their Foundation was a satire; it meant the very opposite of what it said. In other words, it was a rebuke of the Gates and their politics of aids that demean, devalue, and injure Africans, the Black race, and similarly oppressed peoples the world over. Today’s “In defence of Nyesom Wike”, however, means exactly what it says.

By now we know that Gov. Wike is controversial. He is loud. He is voluble. Playing on his name Nyesom, I once described him as “noisome” And, truly, Wike can be noisome. That, I have come to accept as his person; very much unlike, say, his Osun state counterpart, Gboyega Oyetola, who is so quiet as to appear as someone sugar or butter will not melt in his mouth! Shakespeare, again, admonishes that we excuse that which cannot be changed; which is why literary works talk of hubris, character faults and such other personality traits that make tragic heroes.

Wike was on the spot again last week. It had to do with the governor’s seizure of cars and his order to get them auctioned by fiat, followed with the reported demolition of two hotels that allegedly flouted his lockdown order. Wike would enforce the lockdown order by fire by force to stem the tide of community transmission of coronavirus, which has taken an alarming dimension nationwide.

For the present, however, Wike’s order was being violated. Officials who were supposed to enforce it were themselves being compromised. Of serious concern was that almajiris and other persons being irresponsibly dispersed from some COVID-19 whacked States in the North were finding their way into States in the South, Rivers state inclusive. Wike felt the need to act – and he did in his characteristic razzmatazz. Styles differ. Some play politics with anything and everything. Some kill two or more birds with a stone if and when the opportunity presents itself.

But like I stated on my Facebook page (@ Bolanle Bolawole), we should avoid the temptation to jump into the fray in the middle, apportioning blame to only one side and leaving the matter hanging on the cliff. It is important to always look at the entire picture. It is beyond dispute that we need passionate defenders of fundamental human rights. These are our knights in shining armour. We salute them!

I cherish fundamental human rights. After life itself, there is nothing as important as freedom and liberty. If your rights have been wilfully abridged before, you will appreciate this. Mine was severally and severely bashed during those heady days of military dictatorship; we fought the battles and wars up the Supreme Court and won all the way; it took decades but last year we finally won the last lap of the epic battles – I and the newspaper that I edited then.

Important as that is; in the face of the coronavirus pandemic, fundamental human rights is one side of the coin; the other side, which is as important, which is no less important (for emphasis), is the preservation of life itself. It is the living that enjoys, and that can enforce, fundamental rights. Also, this is not about a government suppressing you or your rights for political reasons, it is about measures put in place to keep you alive so that you can, ultimately, enjoy your fundamental human rights.

Some of the king’s business need urgency and the law knows and makes provision for this. Perhaps, prompt and effective action in place of dithering and politicking would have altered the coronavirus narrative not only in the United States of America, as some now say, but also here. Lagos Sate Gov. Babajide Sanwo-Olu said that much when he bemoaned the tardiness of the Federal Government in shutting the country’s international borders.

We have seen the cost of such tardiness, recklessness, carelessness and living in denial in places in the North. Should we allow this to fester all over? The facts are that coronavirus is worldwide, with Rivers not exempted. The Federal as well as State governments have rolled out measures – sometimes conflicting, sometimes complementing – in response. One of such measures is lockdown. The reason for lockdown is well known: To slow down, if not completely halt, community transmission of the virus.

Now, if this lockdown is wilfully disregarded, then, we all stand imperilled. Wike got information that the lockdown in his state was being disregarded and, unfortunately, that it was being compromised by the very authorities charged with enforcing it. He went into the highways and reportedly found evidence of this, as we, too, saw in the media. He arrested offenders, seized cars but, then, in his characteristic fashion, went theatrical about it. He accused a top-ranking Police officer of collecting money to compromise the lockdown.

Has he proof because he who alleges must provide proof and Wike himself is a lawyer! I remember he once accused some military officers of oil bunkering and of supporting criminality in Rivers state for pecuniary gains. The good thing about Wike is that he always accuses his targets to their face.

Wike ordered the cars he seized auctioned the next day. Is there a law backing this? He reportedly followed up days later with the demolition of hotels that also allegedly flouted the lockdown order. Faced with similar unsavoury situation, Wike’s Lagos State counterpart, Sanwo-Olu, only ordered the offending hotels sealed up – not demolished. Wike could have done similarly.

I will start by praising Wike for leaving his comfort zone and going into the streets to enforce the law. I support him for bursting any official using his privileged position to compromise the lockdown for pecuniary gains but will urge him to provide documentary evidence to higher authorities so that any compromised official can be properly punished, if found guilty, or their tarnished name restored if they have done no wrong.

I support Wike for instilling the fear of thunder in those who disobey rather than obey simple directives meant for the good of all. Without discipline, we go nowhere! I also note what many commentators have overlooked: Wike let a pregnant woman off the hook on compassionate grounds. He also allowed those who had legitimate business to go their way. So it was not all arbitrariness and reckless display of power as some have painted it.

Since coronavirus broke, we have seen lethargy everywhere. We had to agitate and harangue before the president came out of his cocoons to address us. We have seen governors live in denial. We have watched those deriding and mocking coronavirus, until the no-nonsense virus descended heavily on them and they began to run helter-skelter. We have seen hare-brained Governors vigorously promote community transmission of coronavirus with their senseless dispersal of almajiris all over the place. We have also seen the hordes running away from the North and sneaking into the South, putting all measures to contain the virus in jeopardy.

These, I dare to say, are more deserving of censure than the “theatrics” of Wike; especially so if such theatrics produce the desired results of reining in coronavirus. Or must we prize the fundamental human rights of vile offenders who imperil us all – their right to freedom of movement, freedom of association, freedom to own property and operate a business, etc. – must we prize these so-called rights over and above the fundamental human rights of the vast majority of law-abiding citizens – the freedom to life, which is the mother of all freedoms?

The other side of the coin, however, is a strong disapproval of any wilful violation of people’s rights and naked show of power. Anyone who feels offended is not powerless. This is a country of laws and those whose rights have been trampled can seek redress in the court of law. Barrister Wike, as he goes about discharging his onerous responsibilities as the one and only (undisputed!) governor of Rivers, cannot pretend not to know this. Immunity is not forever!

What Biden’s removal of Nigeria from religious violation watchlist means, By...