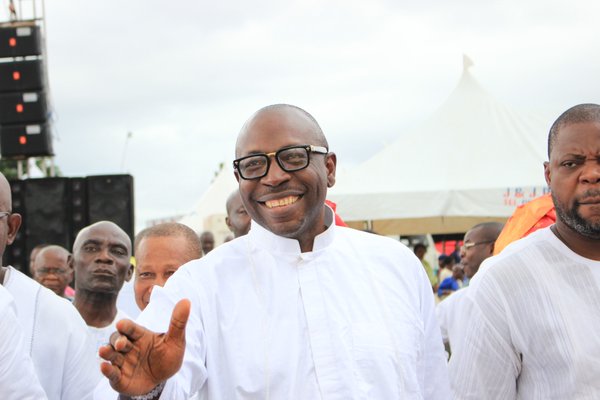 A former governorship candidate of the Peoples Democratic Party (PDP) for the 2016 governorship election in Edo State, Pastor Osagie Ize-Iyamu, has  concluded plans to dump the party for the All Progressives Congress(APC).

In a swift riposte, the PDP has announced Ize-Iyamu’s suspension from the party.

There were strong feelers that Ize-Iyamu has finalised all arrangements with the National Chairman of the APC, Comrade Adams Oshiomhole, to formally announce his defection.

Ize-Iyamu who confirmed the move in a telephone interview with Tribune Online said that he decided to yield to pressure from his supporters who have persistently pleaded with him to “return home.”

The former South-South zonal vice-chairman of the APC who is presently in Abuja to strategize his declaration said that he succumbed to pressure from his supporters because of the disarray within the rank of the opposition party.

He said that having done his best to reconcile the warring parties within the PDP without success, he decided to call it quits and was fully set to join the APC.

Ize-Iyamu, however, insisted that as a founding member of the Action Congress (AC) which metamorphosed to the Action Congress of Nigeria (ACN) and later the APC following the merger of several parties, he was merely returning home and not defecting.

He said: “It is true that I am leaving the PDP for the APC. I am not defecting but merely returning home. I am quitting the PDP because of the too many problems bedevilling the party which I have tried in my own way to resolve without success. It is not a rumour, I am going back home to APC.”