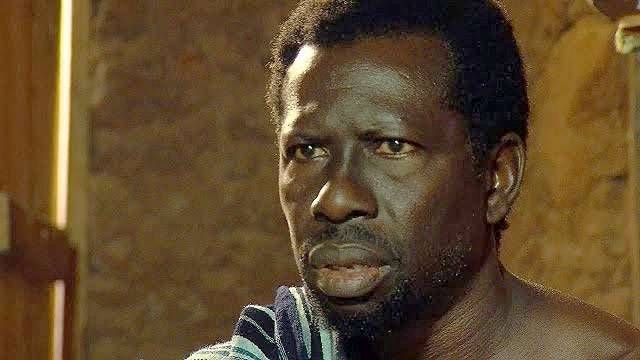 A veteran Nollywood actor, Olukayode Odumosu, popularly known as Pa Kasumu, has died. His son, Tunde Odumosu, broke the news in a telephone call to our correspondent on Sunday evening.

Tunde, who lives in Lagos, said his father gave up the ghost about 12.30 p.m. on Sunday. He said, “I was called that his condition had deteriorated on Friday but when I called him he didn’t sound so frail. I recall him asking me when I was going to come to Abeokuta and I told him I was coming on Sunday. I was told he was taken to the general hospital in Abeokuta but they had so many emergencies and he couldn’t be attended to.

“So they took him to a private hospital. I was headed to hospital to see him when I was called that he had just passed on. I was already in Abeokuta at the time. His death is so painful but I take solace in the fact that he lived a great life and is currently resting at the bosom of the lord”.

The actor was diagnosed with heart ailment in 2013. A former Ogun State Governor, Ibikunle Amosun, donated N2 million towards his medical treatment in the same year.

Ms Daramola launched a lifeline for ailing and other aging Nollywood veterans in December 2019.

Pa Kasumu was one of the beneficiaries of the initiative.

The sight of a visibly sick Pa Kasumu at the gathering had the likes of Yinka Quadri and other actors in tears.

Pa Kasumu was a household name in the Yoruba movie industry until he came down with Biventricular Heart Failure in 2013.

The 66-year-old actor, who featured in several movies in his heyday, had been off the public radar in the last 10 years.

In an interview with The Punch in December 2019, Pa Kasumu said that his sickness was of a spiritual nature and not medical as many presumed.

The popular Yoruba actor said all he needed are fervent prayers and not financial aid from well-wishers and well-meaning Nigerians. He said, “The doctors are just saying their own. They said I had a partial stroke. It affected my left side and to some extent, my sight.”

In 2017, it had been reported that Pa Kasumu’s health worsened after he got back from a medical trip to India.

Although he was required to return to India two months after the initial trip, the sudden loss of his passport had prevented him from doing so.

In 2016, the actor’s condition became so serious that members of his family moved him from his home in Abeokuta to his elder sister’s residence at Aseese, an Ogun community situated off the Lagos-Ibadan Expressway.

Odumosu admitted that his health worsened shortly after returning from India, where he had gone to receive treatment for a heart-related ailment that also affected his eyesight and memory, in 2015.

Born on March 16, 1953 in Agbeni area of Ibadan, Oyo State, Pa Kasumu who hailed from Ogun State started his career at age 15; taking up challenging roles on stage under the tutelage of Elder Ayinla Olumegbon .

He met the latter through his uncle popularly called Brother Simbat. He got baptized through a stage play entitled Iyawo Orun (1968).

NAPTIP says award to Captain Hosa Okunbo was based on valuable...