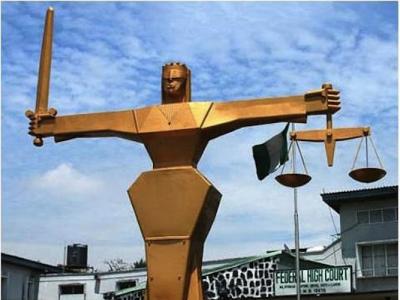 A Federal High Court sitting in Lagos heard on Thursday that in 2015, a former Petroleum Resources Minister, Diezani Alison-Madueke, ordered the removal of $70 million from the Nigerian National Petroleum Corporation (NNPC) in 12 padlocked bags.

A former NNPC Group General Manager told Justice Muslim Hassan that he delivered the bags to an Abuja-based banker on Mrs. Alison-Madueke’s instructions. He testified that he and others “had a command-and-obey relationship and also took an oath of office to obey directives and authority”.

The former GGM appeared as a prosecution witness in the trial of a former Executive Director of a top commercial bank, Dauda Lawal. Lawal is being prosecuted by the Economic and Financial Crimes Commission (EFCC) for alleged money laundering of N928,000,000

The commission accused him of handling $25 million out of $153 million, which the former minister allegedly doled out to influence the 2015 general elections.

The trial opened on Thursday with the ex-NNPC GGM appearing as the first prosecution witness. Led in evidence by EFCC Prosecutor Rotimi Oyedepo, the witness narrated how he delivered the cash-laden bags to the Abuja banker, identified simply as Charles, in front of Dume Supermarket in Abuja.

The witness said: “My lord, as I can remember, shortly before the 2015 elections, it was the norm for heads of subsidiaries (of the NNPC) to be invited for undisclosed briefing of activities of their departments to the minister.

“At the end of such briefings, the then Minister of Petroleum Resources, Mrs. Alison-Madueke, gave me a GSM number in respect of one Charles, whom I had never met, with a clear instruction that I should convey 12 padlocked bags to the said Charles.

“My lord, the source, the content and the purpose of the bags were not disclosed to me. “Thereafter, I called the said Charles, who equally confirmed to me that he had been briefed about the message. I delivered the bags to Charles.

“Much later, my lord, the EFCC invited me for interrogation on the issue and I made a statement to that effect. “Charles equally confirmed at the EFCC that he received the 12 padlocked bags and the bags contained $70 million.”

Under cross-examination by the defence counsel, Patrick Ikwueto (SAN), the witness said he had never met Lawal before. Justice Hassan adjourned till July 21, 22 and 23 for continuation of trial.

Just In: Oba of Benin sacks Harrison Okao as priest of...