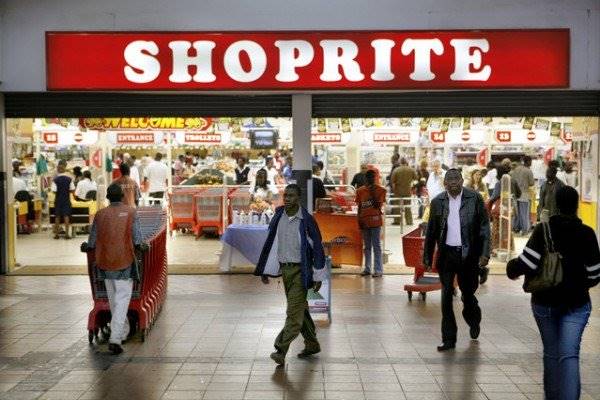 Billionaire Harry Ayoade Akande towers above many of his contemporaries, particularly because he has been in a warm embrace of fame for many decades.

Beyond his famed status as a successful businessman, he has also remained very relevant owing to his uncommon brilliance, a quality that has endeared him to many across the globe.

The Agbaoye of Ibadan, who set out to pursue his dreams quite early in life, had served as a business advisor and consultant to many other businessmen, including governments of several nations.

The world-class businessman in the past has scored many firsts in the nation’s business climate to the envy of many of his competitors.

Indeed, he would have scored yet another first in 2005, as the South African retail store, Shoprite, had several meetings with his company, AIC Limited, and agreed his company would be the exclusive operator and manager of its brand across West Africa, except Ghana where the Shoprite brand was already established.

Consequently, there were a series of business meetings between Akande’s representatives and Shoprite Checkers first in South Africa on April 16, 1998, and then at Akande’s office on Victoria Island, Lagos on May 27, 1998.

Shoprite was also said to have flown in representatives who were shown possible locations for retail stores at some locations, including Lekki Roundabout, Trade fair Complex and Lagos National Theatre, Iganmu.

But, when the South African retail giant was ready to commence operations in Nigeria, it allegedly sidelined Akande’s AIC and incorporated another company, Retail Supermarkets Nigeria Limited, and began using the new entity to operate in Nigeria, thereby breaching agreements between them.

The billionaire was upset and this led to a prolonged legal battle with Akande securing a 2018 major victory against the South African retail group for breaching a contract between both parties in Suit No LD/488/2010 —AIC Limited (Claimant) v Shoprite Checkers (PTY) Ltd of South Africa and Retail Supermarkets Nigeria Limited (Defendants).

However, Shoprite owners appealed the judgment, while the Ibadan, Oyo State-born billionaire secured another victory in May 2020 at the appellate court.

Though the three-man panel of Court of Appeal, Lagos Division, didn’t agree to Akande’s cross-appeal, demanding 50 percent of $92.3 million as loss of profit he suffered due to the incorporation of Retail Supermarkets Limited, it unanimously affirmed the judgment of a Lagos High Court that awarded $10 million (N4.7 billion) damages against Shoprite Checkers (PTY) Limited.

Apart from the $10 million award, the court had directed the South African retail giant to pay 10 percent per annum on the damages, with effect from the date of judgment until the final liquidation of the entire sum.

Consequently, the shrewd businessman has initiated a fresh legal battle at the Federal High Court to halt Shoprite Checkers’ exit moves out of Nigeria until the entire sum demanded is paid to the last kobo.

The billionaire, through his company, has got an ex parte application for an order of Mareva Injunction restraining the South African retail giant, its privies, officers, nominees, successors-in-title, subsidiaries or anyone acting through it or by it from transferring, assigning, charging, disposing of its trademark, franchise and intellectual property in a manner that will alter, dissipate or remove these non-cash assets from the court’s jurisdiction.

Buhari warns enemies of Nigeria, says they will be shocked