The House of Representative has denied media report that it apologised to the Presidency over the resolution of the House, which arose from the motion sponsored by members from Borno State, requesting for the invitation of President Muhammadu Buhari to brief the nation on insecurity situation in the country.

It said: “The House of Representative wonders where then did the media get the report that the House as an institution apologised to anyone?”

The House of Representative advised media professionals to uphold the ethics of their profession.

“For the avoidance of doubt, the House never apologised to anyone for exercising her constitutional mandate and the 9th Assembly of the House of Representatives under the leadership of Speaker Femi Gbajabiamila will not do anything to desecrate or destroy the critical institution of democracy – the Legislature.

“We strongly believe that President Muhammadu Buhari subscribes to these democratic ethos and ideals as well,” the statement read. 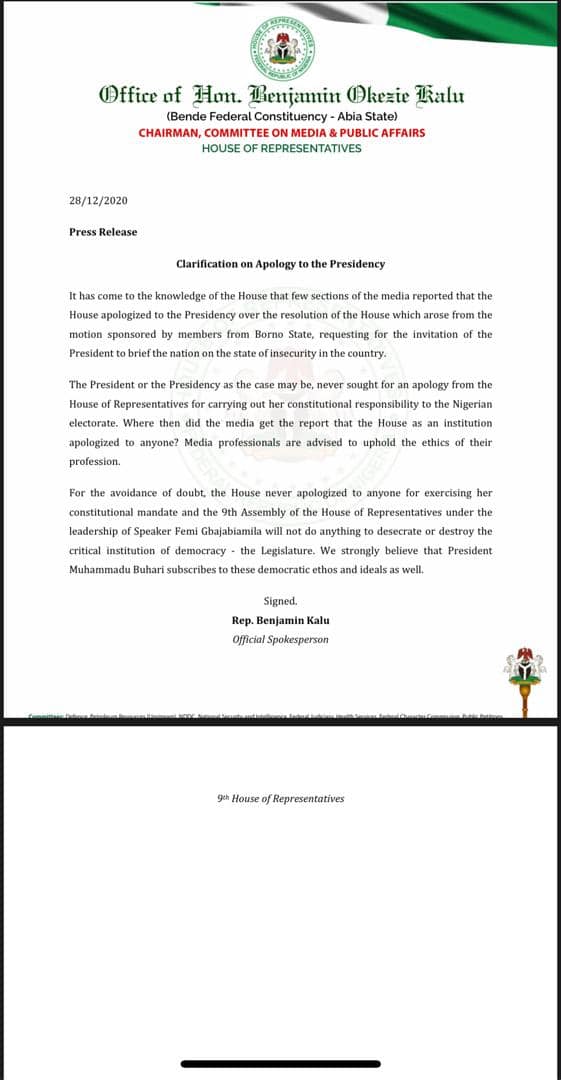 Quintessential Tambuwal; a prospect for a united, better Nigeria, By Anthony...

Bishop calls for “immediate” dredging of the River Niger