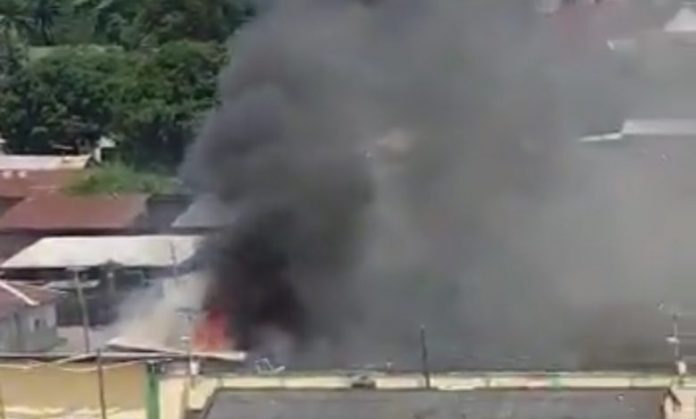 Fire has broken out at the Ikoyi Correctional Facility in Lagos State.

Policemen and soldiers have reportedly arrived at the scene in a bid to foil the attempted jailbreak.

U.S. Consulate Lagos in it security alert also confirmed that there are reports of a fire and gunfire in the vicinity of Ikoyi prison, off of Ribadu Road on Ikoyi Island in Lagos.

It added that armed individuals can be seen on the roads near the prison.

The U.S. Consulate also urge all U.S. citizens to avoid this area and remain indoors.