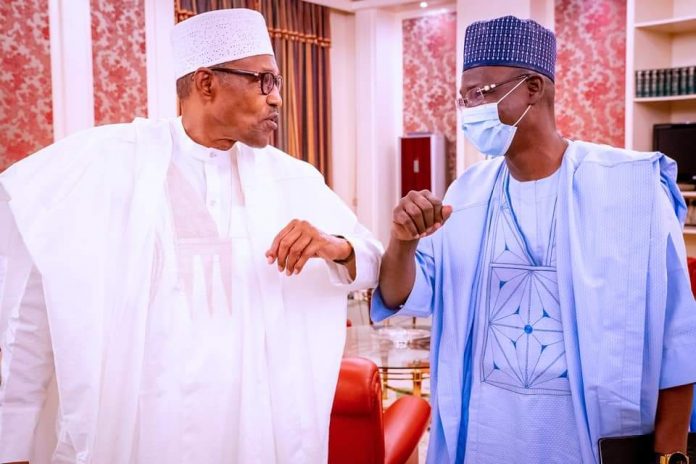 Nasarawa Governor Abdullahi Sule has raised the alarm over activities of the terror group, Boko Haram terrorists in his state.

He spoke with State House Correspondents on Friday after a closed-door meeting with President Muhammadu Buhari in Aso Rock Presidential Villa.

The governor said that members of the terror group, who were dislodged from a location along the Abuja-Nasarawa borders last year, had regrouped along the Nasarawa-Benue borders, causing new forms of havoc.

He said he came to meet minds with the President on security issue in Nasarawa as well as other issues.

He said he also discussed the possibility of federal government take-over of Jitata Road, which serves as an alternative route from the state to the FCT.

Governir Sule stated that some of the Boko Haram elements who were active in the Nasarawa State belonged to the Darussalam group that had been dislodged from Niger.

He said that consequent upon a joint security operation, a lot of them were killed while 900 were arrested.

He stated that those arrested confirmed their membership of the Boko Haram insurgency group.

Sule said Nasarawa had continued to have security challenges.

He noted that having briefed the president, he was confident that action would be taken to curtail the menace.

CBN votes N500m for recycling of old Naira notes, others

Edo governorship poll: Time to know who owns the land, By...