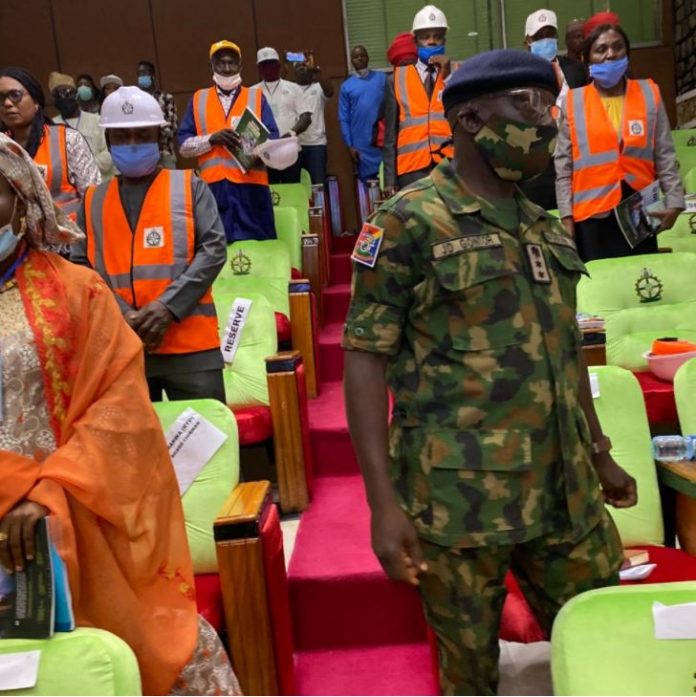 Executive Director of GOPRI, Amb Melvin Ejeh, stated this during maiden official visit of Minister of Defence, Maj.-Gen. Bashir Magashi (RTD) to the defence industry complex on Tuesday in Kaduna, as DICON marked its 56th anniversary.

He commended the giant strides of the corporation in innovation and production of world-class medical ventilators, ammunition, military gears, wares, vehicles and other non-military products.

Ejeh noted that the President Buhari’s action at improving local content in public procurement with science, engineering and technology components was commendable,

He appealed to the Federal Government to direct all security and non-outfits of the federal government in the country to patronize the rich array of Military and non-military equipment produced by the Defence Industries Corporation of Nigeria, DICON.

“DICON products are of a high standard like anywhere in the world, hence the need to patronise them. The current re-engineered and repositioned DICON under the leadership of Major General Victor Okwudili Ezugwu has been able to achieve amazing feats.

“We need to grow our local economy while contributing to the fight against all threats to our national security”, he stated.

Maj.-Gen. Bashir Magashi (RTD) also pledged to engage the Defence Industrial Corporation of Nigeria (DICON) in a more strategic partnership to achieve its mandate of producing military hardware for the Nigerian Armed Forces.

He explained that “DICON occupies a pride of place in Nigeria’s evolution as a premier parastatal of the defence ministry solely mandated to produce arms, ammunition, ordnance material and other war machines for the military and other security agencies.”

Recall that while signing the Executive Order 5, President Buhari had directed all Ministries, Departments and Agencies, MDAs to engage indigenous professionals in the planning, design and execution of national security projects.

EFCC releases N5.7bn out of N7.9bn seized from Okorocha to Imo

Oyo State Commissioner for Environment and Water Resources Dies at 55.