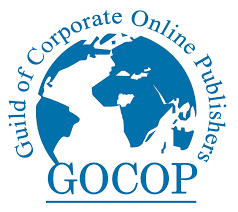 The President of the Guild of Corporate Online Publishers, Dotun Oladipo, has challenged media practitioners to occupy the social media space in the bid to promote peace in the country.

Oladipo, who is also the Managing Editor and CEO of Premium Eagle Media Limited, publishers of The Eagle Online, stated this on Monday in Lagos at a Forum convened by the Journalists for Democratic Rights on peace building and conflict prevention.

The Forum was designed for journalists to imbibe the principles of peace, democracy and stability in their reportage.

The GOCOP boss lamented the non-occupation of the social media and online publishing spaced by professional media practitioners, a development that has made a large portion of the space to be dominated by quacks and mischief makers.

Oladipo lamented that despite the huge number of journalists on Facebook, Twitter, LinkedIN, Instagram and WhatsApp among others, many of them don’t go beyond “chatting” and making comments on development instead of correcting wrong information and providing accurate news.

He further enjoined media practitioners not to be in a hurry to publish stories online without cross checking their facts.

He said Google provides veritable tools to so do.

He said with the number of Nigerians accessing information online using their mobile phones and in a country of about 200 million persons, the number of authoritative online news platforms were too few.

Speaking earlier, the Executive Director of JODER, Adewale Adeoye, said the body was founded in 1996 during the military era, adding that despite the fact that there is no military government in the country anymore, there are still some vestiges or “new curve” of violence, which includes suppressing the media, kidnappings and killings.

Adeoye said it is only the media that can rise up in ensuring that these are adequately reported and if possible put to a conclusive end.

Also, the Chairman of the Nigerian Union of Journalists, Lagos State chapter, Dr. Quasim Akinreti, enjoined journalists to always be conversant to the environment they work, mind their use of words during reporting as well as the image or pictures they employ in reporting the story.

He called for more registration among members, stressing that the body is poised to do biometrics for registered members and in due time the NUJ will clampdown on members that are not registered.

Akinreti also spoke about student registration, assuring that there are talks about the body engaging with media proprietors to pay staff as and when due.

He further lamented that media practitioners could have done better in owning media firms instead of leaving proprietorship of media houses to businessmen.

He also said the NUJ is embarking on necessary media investments like establishing a 35 hectares of land for agriculture, a community radio for the NUJ and an E-library to assist reporters in writing their stories.

The training was organised by JODER with the support of the Institute of International Education and the Ford Foundation, West African Regional Office.

Buhari felicitates with Oshiomhole at 68, says he is a skillful...

Twitter Ban Lift: FG has no right to regulate freedom of...

Re: Ours is a closely-knitted family; Idehen is alien to us,...