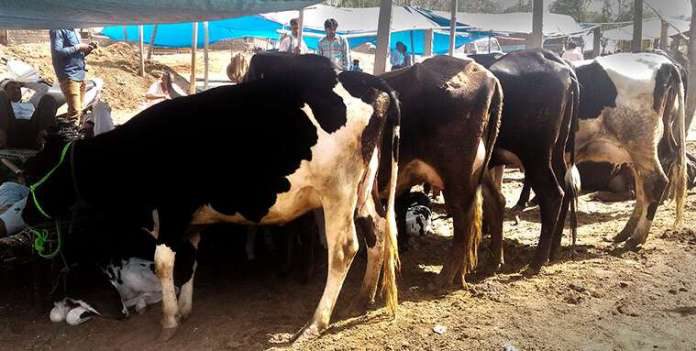 The Fulani community in Plateau State has filed a secret suit before a Federal High Court, Jos, demanding a total sum of N50, 488, 436,000. 00 compensation over alleged killing of their cows in North Central.

The suit, with No FHC/J/CS/11/2016, is ongoing and witnesses have been called in the matter.

Joined as respondents in the suit are the Federal Government of Nigeria and the Attorney General of the Federation.

According to the source who revealed this report, the case is ongoing and witnesses have been talking quietly and judgment will soon be delivered without legal representation from the Federal Government.

Our source observed that the action, if allowed to continue without any defence from the respondents, will spell doom for the people of Plateau State as the Federal Government would quickly pay the said sum to the Fulani community in the name of court judgment.

The Fulani community in Plateau State is seeking compensation over the loss of 550 Fulani men, women and children, stealing or destruction of 15,116, herds of cattle, 8,207 sheep, and 3,427 houses.

The source revealed that nobody from the government side had appeared to defend the case.

The plaintiff (the Fulani community) is seeking the following reliefs from the court: a declaration that “by virtue of Article 1 of the African Charter on Human and Peoples Rights (Ratification and Enforcement) Act, the 1st defendant (FGN) has the duty to protect the lives and property of its citizens wherever they reside in the country”.

It also wants a declaration “that the 1st defendant is derelict/negligent in the performance of its statutory duties and which said dereliction has caused the loss of hundreds of lives and thousands of animals and houses of the Fulani community”.

They also want an “order, compelling the defendants to pay the Fulani community in Plateau State the sum of N20, 000,000,000.00 as exemplary and aggravated damages”.

FG to set up 5-man committee on complaints on IPPIS by...