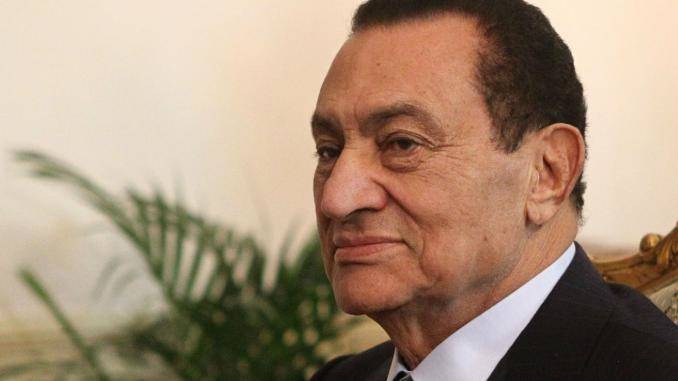 Former Egyptian president, Hosni Mubarak, who was ousted in a 2011 uprising, has died at the of aged 91, state television reported on Tuesday.

He was forced out of office following 18 days of street protests that gripped Egypt as part of the Arab Spring revolts.

Mubarak was ousted in 2011 following mass protests against his autocratic rule and he was the first leader to face trial after the Arab Spring uprisings that swept the region.

He spent six years after facing trial in a litany of cases ranging from corruption to the killing of 239 protesters, whose 18-day revolt stunned the world.

Mubarak was freed in 2017 after he was cleared of the final murder charges against him.

His death came just days after his two sons were acquitted of illicit share trading during the sale of a bank, four years before the uprising that ended his rule.

On Saturday, his son Alaa wrote on Twitter that Mubarak was in intensive care.