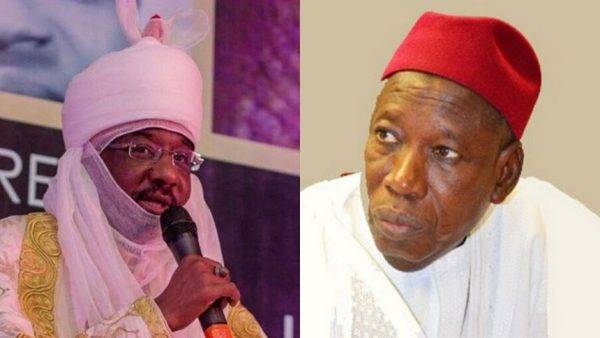 In what appears to be more troubles for the embattled Emir of Kano Mallam Muhammadu Sanusi ii, the State Anti Corruption and Complaints Commission has summoned him to appear before it to answer to alleged misappropriation of Kano Emirate Funds.

The ultimatum, however, elapses Thursday, 5th of March 2020.

Emir Sanusi is to answer questions over alleged misappropriation of N3.4 billion by the Kano Emirate Council under his watch.

Though the Emir did not officially speak on the invitation, an impeccable source within the Palace confirmed that the Emir had  received a letter from the anti-graft Commission to that effect.

When asked whether Emir Sanusi would be willing to honour the invitation, he said, “that I may not confirm to you, but you know that Emir Sanusi is a law-abiding leader.

“He has not discussed the development with anyone of us, but I believe he may honour the invitation in person or send a senior palace Chief who is capable of standing for him.”

However, several calls put across to the Chairman of the Commission to explain in details the issues in contest, did not yield results as he could not be reached on phone.

But an insider in the commission confirmed the invitation, saying that the Emir was given 24 hours to appear before the Commission, “and I can assure you that there is no going back on the probe against him and the emirate council on the issue of alleged misappropriation of public funds.”

Only truth can unravel misery behind Keren’s death -Premiere Academy

Nigeria: Still no justice for the 640 killed after Giwa barracks’...