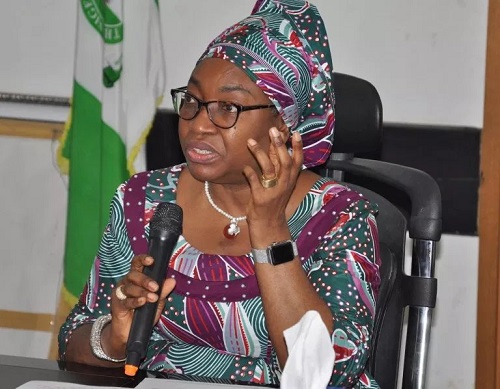 The Federal Government has warned civil servants against joining the industrial action declared by labour unions across the country.

The warning follows the deadlock in the meeting between the Federal Government and organised labour, Nigeria Labour Congress (NLC) and Trade Union Congress (TUC) over the hike in petrol price and electricity tariffs in the country.

The NLC, TUC and its affiliate unions have asked workers to embark on an indefinite strike from Monday until the Federal Government is ready to reverse its decision on the petrol and electricity prices.

The Nigerian Government, in a circular issued by Head the Civil Service of the Federation, Dr Folasade Yemi-Esan, maintained that the National Industrial Court has restrained the unions from embarking on pending the hearing and determination of a Motion on Notice.

“Sequel to the call by the Labour Unions for workers to embark on industrial action from Monday, 28th September 2020, the Office of the Head of Civil Service of the Federation (OHCSF) wishes to inform all public servants that the Federal Government team is currently engaging with the Labour Unions with a view to resolving all contentious issues and avert the planned industrial action.

“Furthermore, it is important to note that there is a court injunction granted by the National Industrial Court (Suit No. NICN/ABJ/253/2020) on 24th September 2020, restraining the Nigeria Labour Congress and Trade Union Congress of Nigeria from embarking on any form of industrial action pending the hearing and determination of a Motion on Notice.

“Accordingly, all officers on Grade Level 12 and above and those on essential services are hereby strongly advised to be at work to perform their official duties.”

The National Industrial Court had in separate rulings on Thursday and Friday barred the unions from going on with the strike. 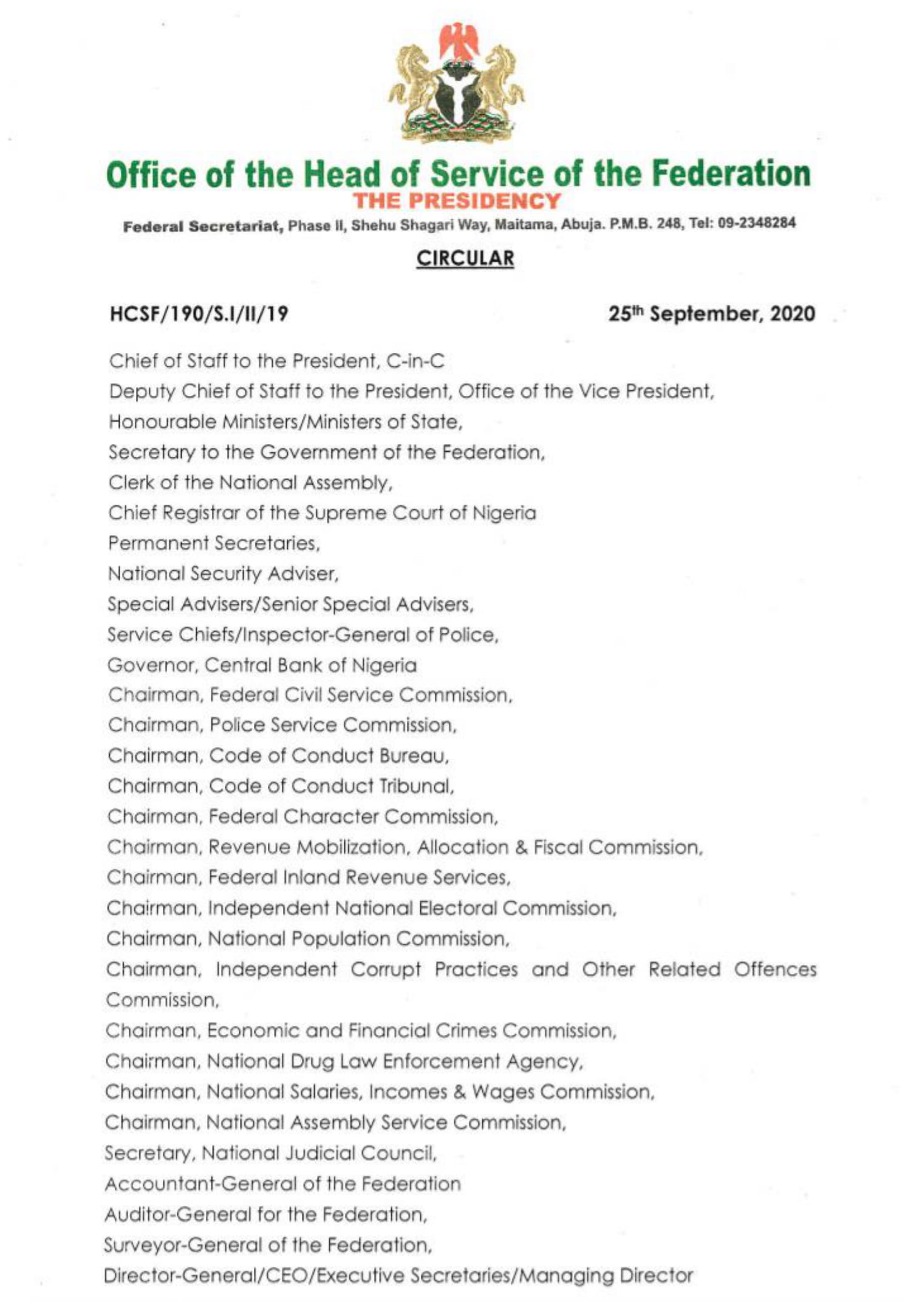 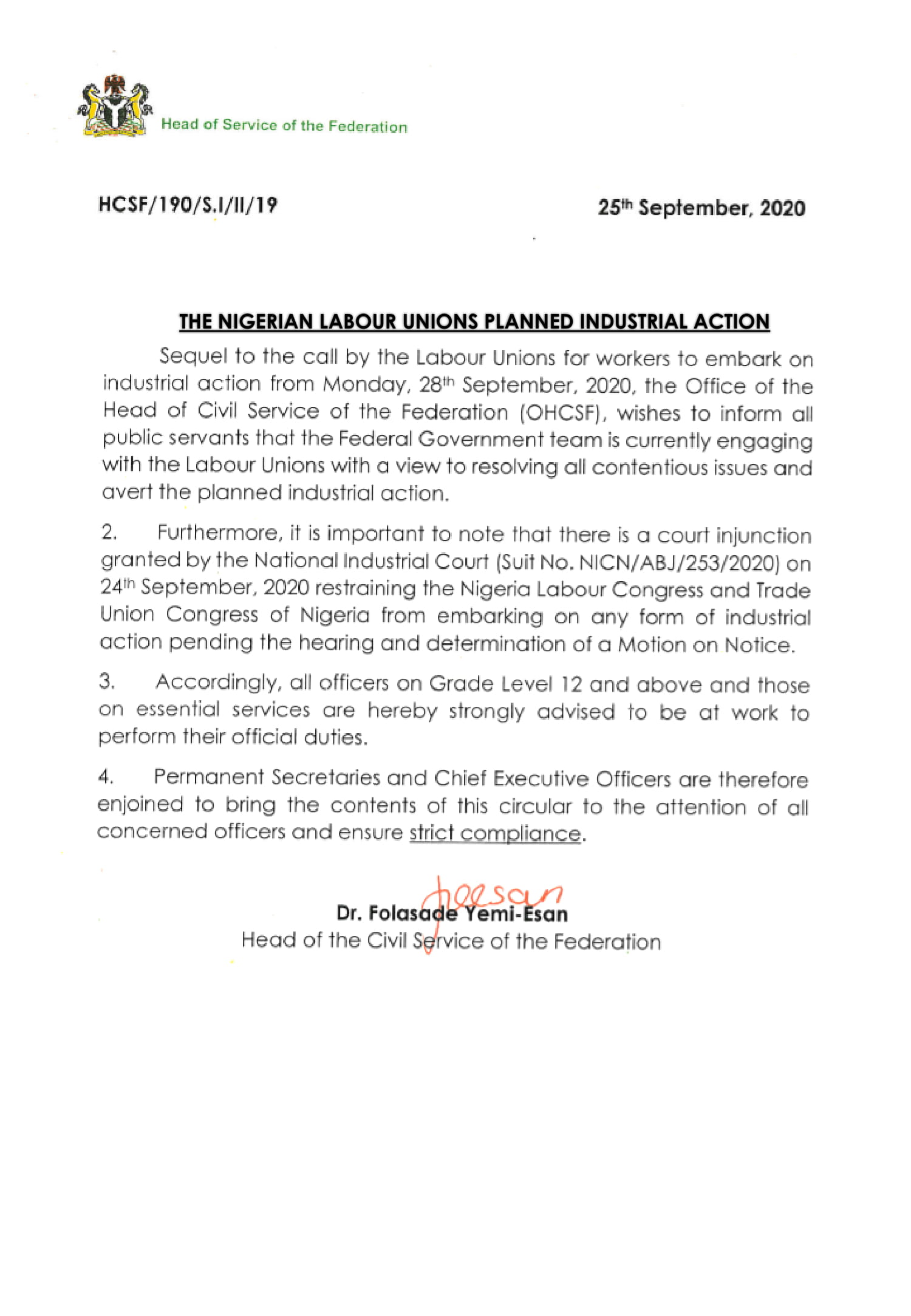 In a related development, the National Union of Banks, Insurance and Financial Institutions Employees (NUBIFIE), the Joint Action Front (JAF), Judiciary Staff Union of Nigeria (JUSUN), Nigerian Union of Journalists, aviation unions, among other groups have made known their interest to join in the planned strike.