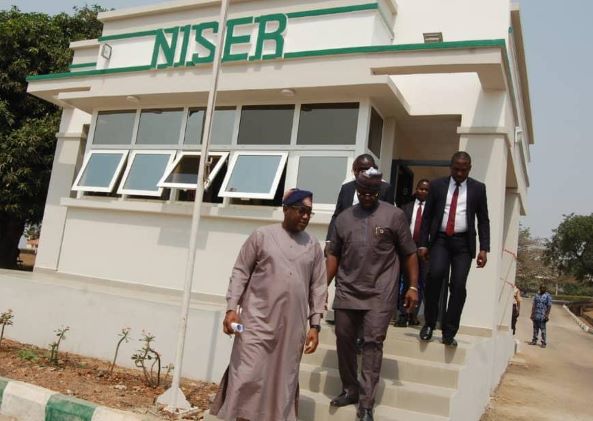 Minister of State for Budget and National Planning, Prince Clem Ikanade Agba, has assured researchers and eggheads at the Nigerian Institute of Social and Economic Research (NISER) that the Fedearl Government would need their expertise in the preparation of a long-term national development plan that would begin next year.

Agba gave the assurance at an interactive session with the Director General of NISER, Dr Folarin Gbadebo-Smith, and top management staff members during his official visit to the institute in Ibadan, at the weekend.

NISER is a parastatal under the Ministry of Budget and National Planning, which has been saddled with the responsibility of developing a successor plan to the Economic Recovery and Growth Plan (ERGP)(2017-2020).

Agba said that NISER was important and strategic to the nation’s economy, pointing out that, “you have a role to play in our national development planning.

The minister, who was thereafter led on a tour of facilities at the institute by Dr Gbadebo-Smith, said there was infrastructure deficit everywhere in the country because “when we had money as a nation, we spent it wrongly; the governments in power then misplaced the funds.”

According to him, “we are fortunate now that we have President Muhammadu Buhari who is very prudent in the management of public finance. He is giving attention to the development of critical infrastructure such as rails and roads.”

He assured NISER management staff members that he would encourage the National Assembly standing committees on planning to visit to see, first hand, the state of the facilities on the premises of the institute.

He said this would guide them when considering appropriations to the Institute in the next year’s budget. The minister disclosed that last year,  even before he thought of visiting the institute, he ensured that N200 million was added to the Institute’s 2020 budget.

He directed the management to furnish his office with all its infrastructure requirements and also to prioritise them. He also promised to work on elevating the status of the institute from that of research to educational institution.  “I commend you for your resilience in this institute. We will work together to upgrade the Institute,” he assured the management.

Panic, again, in University of Abuja as another Economics lecturer is...

Attacks on firemen, assets, will no longer be tolerated, FG warns