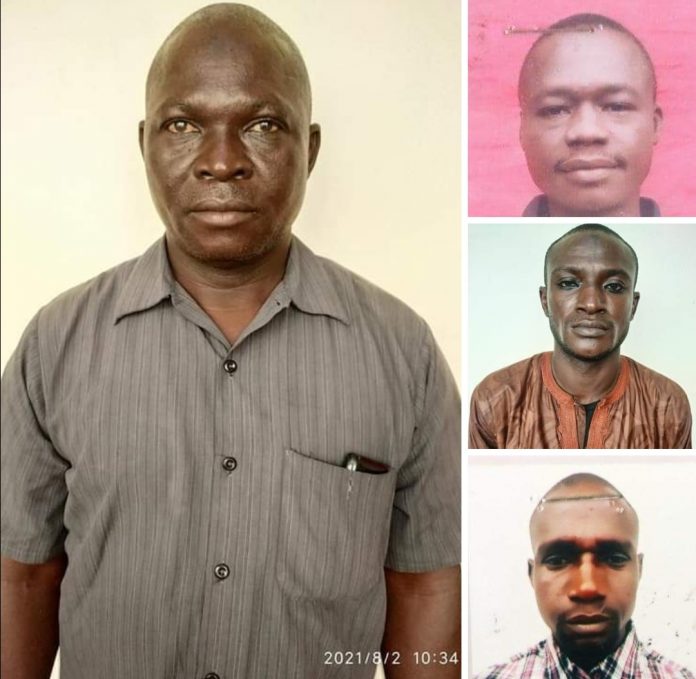 They were jailed on Monday, after pleading “guilty” to one-count separate charge bordering on illegal dealing in petroleum products, consequent on their arraignment by the Port Harcourt Zonal Command of the Economic and Financial Crimes Commission (EFCC).

One of the charge read: “That you Abdulmunini Sherif being the driver on board a Truck with registration number DAM 1134 XA, on about the 19th May, 2021 at Macoba in Port Harcourt, Rivers State, within the jurisdiction of this Honorable Court dealt in petroleum products to wit: loaded and transported about 45, 000 litres of Automotive Gas Oil (AGO) which was not of a good quality expected of such a product and thereby committed an offence contrary to Section 1 (18) (a) of the Miscellaneous Offences Act CAP M17 of the Revised Edition (Laws of the Federation of Nigeria) 2004 and punishable under Section 1 (17) (a) of the same Act”.

They all pleaded guilty to their one- count charge when it was read to them.

In view of their pleas, prosecution counsel, K.W.Chukwuma Eneh and F.O Amama, prayed the court to convict and sentence the defendants accordingly.

Defence counsel, M.M. Suleiman and D.D. Ayuba did not oppose the prayers of the prosecution counsels.

Justice Mohammed found them guilty as charged, convicted and sentenced them to two years imprisonment each, with an option of fine of N300,000 each.

The judge also ordered that the illegally refined products carried in the trucks with registration numbers; DAM 114 XA, DAM 97 XA and KWA 80 XA be sounded and sold by the Deputy Chief Registrar of the Federal High Court in conjunction with the Secretary of the EFCC or any officer authorized by the EFCC’s Zonal Commander and the proceeds paid into the Consolidated Revenue Fund Account of the Federation while the Low Pour Fuel Oil tied in cellophane nylons in the Man Diesel Truck with registration number: Lagos FST 832 XM should be destroyed.

The convicts’ journey to the prison began when they were arrested at different dates and location by the Anti- Illegal Bunkering Patrol Teams of the 6 Division, Nigerian Army and Nigerian Navy Ship, NNS, Pathfinder, Abonema Wharf, Elelewon and Macoba in Port Harcourt, Rivers State.

They were handed over to the EFCC and prosecuted.

Nigerian Air Force A-29 Super Tucano: All you need to know