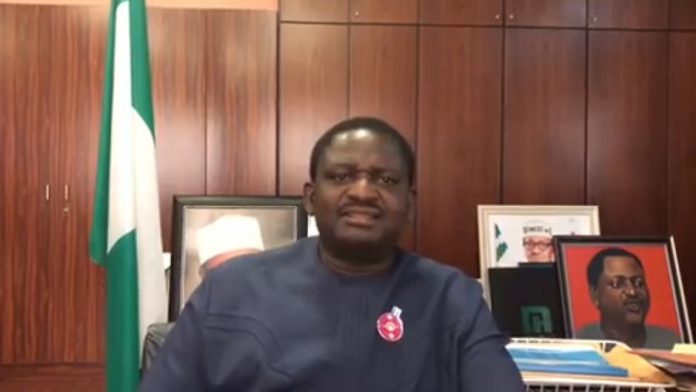 Special Adviser to President of Buhari on Media and Publicity, Femi Adesina, said on Monday that the federal government was not interested in naming and shaming sponsors of terrorism.

Adesina spoke during an interview on Channels Television.

Asked if President Muhammadu Buhari would comment on the issue of terrorism at the United Nations assembly, following the naming of six Nigerians as “sponsors of terrorism” in UAE, Adesina said the federal government’s focus would be on prosecution of suspects.

“You will see that the United Arab Emirates has given some names, and the attorney-general of the federation has responded to that matter, saying that in due course, all these people will have their days in court.

“Rest assured that these people will be dragged before justice and justice will have its way.”

Adesina said that investigations were being carried out across different security agencies on sponsors of terrorism, and evidence would be presented for prosecution.

Read him: “You don’t take people before the court without investigation. I think even the EFCC chairman, Bawa, spoke about it recently. Investigations are going on at different levels.

On the issue of recent loans sought by the current administration, Adesina said the Buhari government was borrowing to execute development projects.

2023 elections: INEC plans expansion of polling units to guard against...