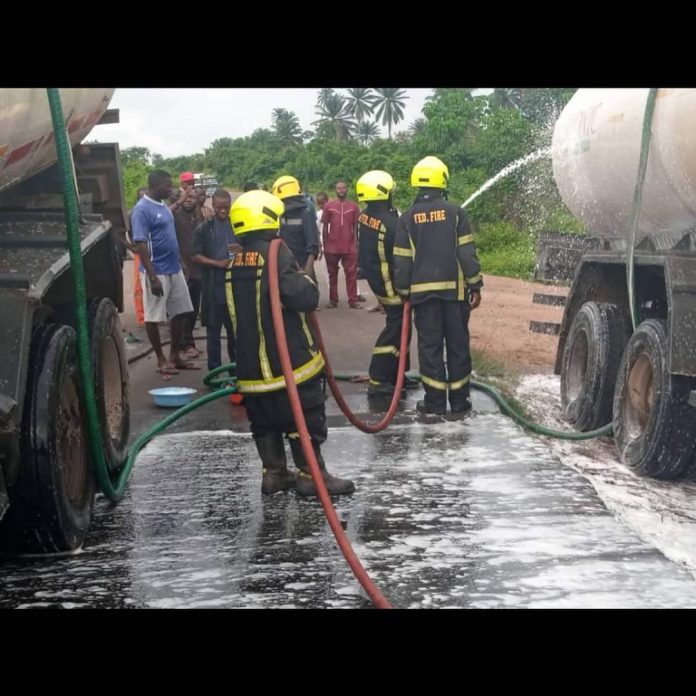 In a statement, Public Relations Officer, Federal Fire Service, DSF Ugo Huan said the CG had also condoled with families who lost their loved ones in one of the incidents that involved a fallen tanker as well as those who had their property destroyed.

He said the CG had also received information of the fire of an electronic shop in Lokoja, Pee Link Electro World Ltd., which occurred Friday (September 25, 2020) night.

“The Federal Fire Service had deployed a modern fire truck in Kogi state last year to complement the effort of the Kogi State Fire Service as it has done in other States of the Federation.

“But unfortunately, this year, the vehicle had an accident while turning out to the scene of a fallen tanker within the State.

“The accident led to the destruction of some parts of the truck which has affected our response to fire incidents in the State recently since that is the only truck deployed in the state at the moment,” Huan said.

He added that the CG has assured stakeholders that the truck, which, at the moment, is under repairs with the contractor will soon be fixed and returned to the State.

He said the service was also in talks with the Government of Kogi State to help improve the State Fire Service.

Huan said the CG reiterated the commitment of the Federal Fire Service to the safety of life and property in Nigeria.

‘They want war’ — Oshiomhole reacts to ‘attack’ on residence in...

Zulum meets Deby on repatriation of Nigerian refugees in Chad

Kalu donates rice, cash, others to widows of soldiers in Abia