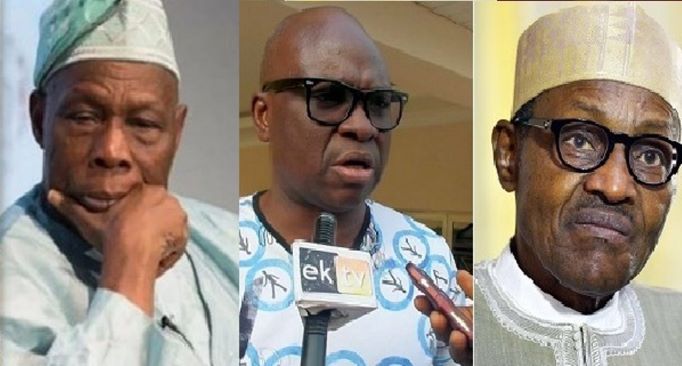 Former Governor of Ekiti State, Ayodele Fayose has questioned the silence of former President, Olusegun Obasanjo in the midst of high-level insecurity and corruption in the administration of President Muhammadu Buhari.

He wondered why Obasanjo was curiously silent unlike before when he would have blown hot.

Fayose, in tweets, accused Obasanjo of teaming up with others to foist Buhari on Nigeria on the basis of alleged corruption and insecurity.

According him, “it is either Baba is tired, timid, afraid or he is no longer the Obasanjo that they used to know.

“With the level of corruption and insecurity that we are seeing in Nigeria under this APC govt, former President Obasanjo is curiously silent.

“And it was because of alleged corruption and insecurity that Obasanjo teamed up with others to foist Buhari on Nigeria,” he tweeted.

Fayose then mocked Obasanjo by asking: “Isn’t Obasanjo’s silence worrisome? It is either Baba is tired, timid, afraid or he is no longer the Obasanjo that we used to know.

“Will he keep silent while the entire country is being looted away and Nigerians anywhere in the country can’t sleep with their two eyes closed?”

Mummy G.O: I spent 990 years in kingdom of darkness

European Commission tells staff to work from home due to coronavirus

Buhari pledges to sustain use of technology in enhancing farm yields

Edo PDP alerts the public to illegal sale of forms for...