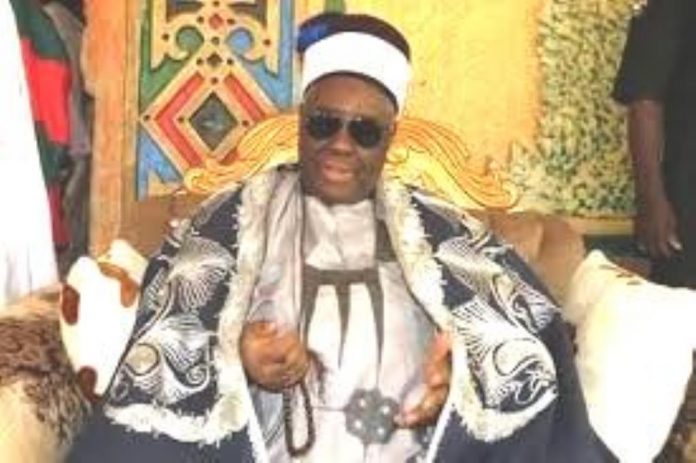 By Bode Olushegun
Emir of Fika and Chairman, Yobe State Council of Traditional Rulers, Dr. Muhammad Ibn Abali Muhammadu Idrissa has advised community leaders against unnecessary felling of trees.
A statement by the emir on Thursday lamented that there has been record of  problems of serious land degradation through uncontrolled and senseless cutting of trees and destruction of natural vegetation.
The emir who said that this made him to make the call in order to put an end to the ill, added that: “We wish to acknowledge the efforts of His Excellency the Executive Governor of Yobe State, Hon. Mai Mala Buni (Baraden Fika) for his tireless efforts in revamping the state’s lost glory not only in the field of afforestation that we all converge here to take part in, but also other areas of citizens demand.”
The monarch said: “We want to use this occasion to seriously warn that we shall not tolerate any act of deforestation and destruction of natural vegetation in any district of Fika Emirate and we will not therefore hesitate to punish any offender  that engages in these unpatriotic acts, neither shall we compromise.”
He added that: “Uprightness and self-example would be the virtue expected of any traditional ruler, there is an urgent need for illegal operators to stop cutting economic trees for charcoal‎, we have invited our villages and district heads to monitor their areas, report any illegal ‎tree felling to us. An offender should be made to face the law.”
He revealed that a lot of motivation would be given to the patrol team to arrest and confiscate trees cut for fuel or other domestic purposes with the vehicle used be impounded.
He said: “To show our commitment in supporting this programme, we wish to state that in the first quarter of 2021, we shall embark on an Emirate-wide tour to assess the efforts of all our district heads towards this programme.
He however appealed to local governments in the state for the re-establishment of tree nursery plantation, which according to him was abandoned for long.
He noted that there is the need to enact a law with heavy penalty for tree felling in an effort towards controlling deforestation and destruction of natural vegetation.
Please follow and like us:

FG releases names, photos of Nigerians who died of coronavirus