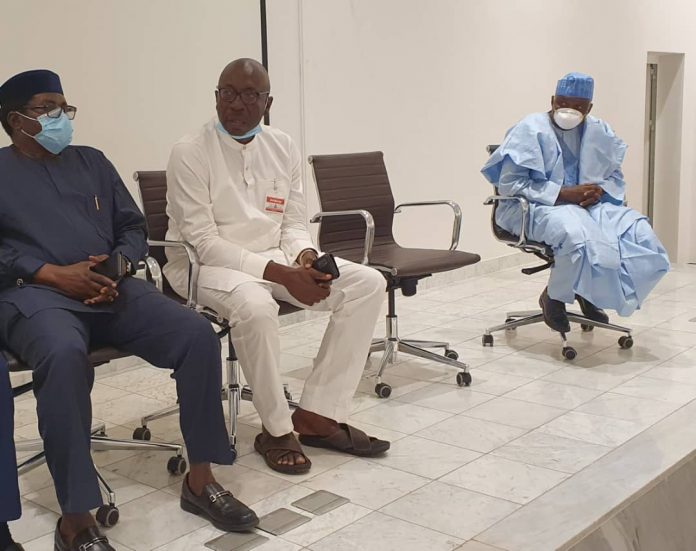 ▪︎My calling as a minister of God is intact
▪︎ I appeal to Edo electorate not to be afraid to go out to vote
▪︎Obaseki is not selling his programmes, but promoting inanities, distractions
▪︎My SIMPLE agenda is a cure to Obaseki’s non-performance

Governorship candidate of the All Progressives Congress (APC) in the scheduled September 19 election, Pastor Osagie Ize-Iyamu, declared on Thursday in Abuja that politics was his mission field.

Ize-Iyamu was responding to a question as to whether he has been able to keep fidelity with his Christian faith as a politician and frontline leader in Edo State’s “cloak-and-dagger politics”.
He said magisterially: “Politics is my mission field.”

Citing Proverbs 29 verse 2, which says “when the righteous are in authority, the people rejoice: but when the wicked beareth rule, the people mourn,” Ize-Iyamu said he was on a mission to bring joy back to lives of the people of Edo State. 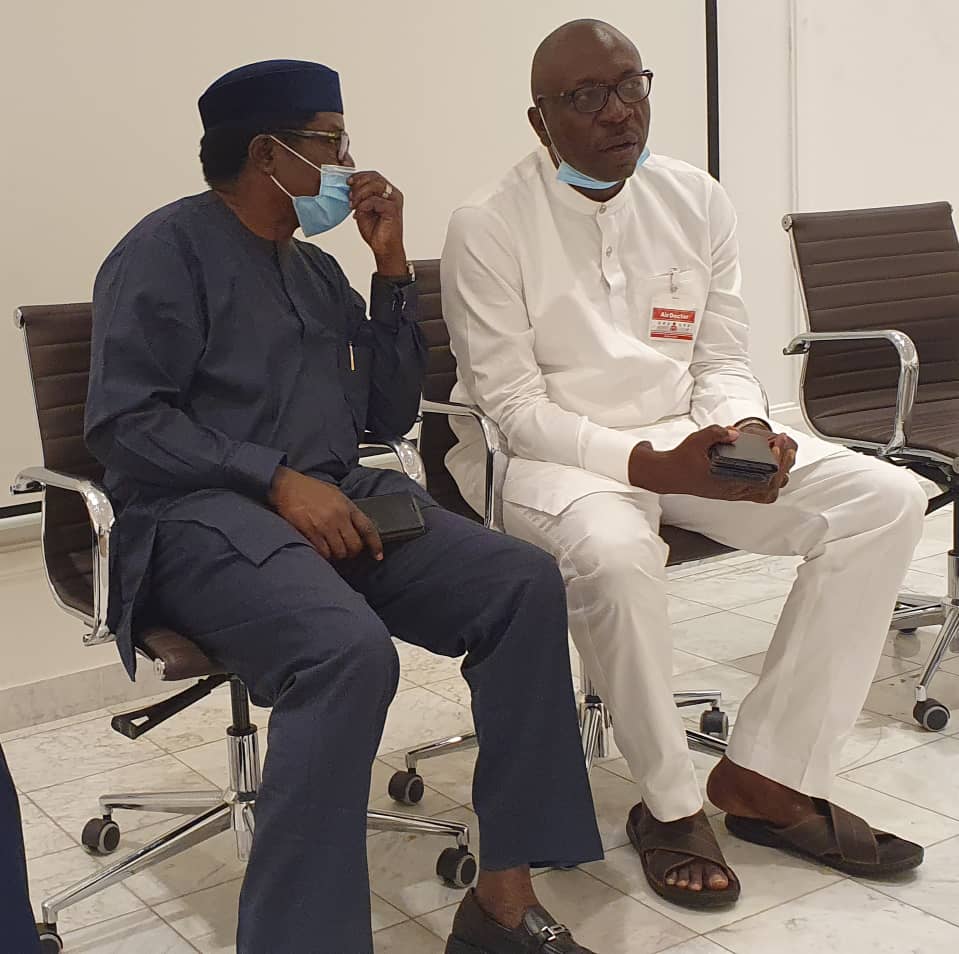 He stressed: “My calling, as a minister of God, is in intact.  I am a senior pastor in the Redeemed Christian Church of God.  I still preach every Sunday.”

Ize-Iyamu said that conscious effort must be made to encourage good people to be involved in politics.

“Politics should not be left in the hands of criminals; otherwise there will be no hope for Nigeria,” he declared.

He appealed to Edo electorate to go out in their thousands on September 19 to vote, encouraging them not to be frightened by the violent conduct being exhibited in the electioneering of the Peoples Democratic Party (PDP).

According to him, “If the good people of Edo State troop out to the polling booths to cast their votes and keep eternal vigilance, it would be difficult for those plotting to rig to write fake election results.”

He adverted attention to the statement by the State Governor and candidate of the PDP, Godwin Obaseki that his deputy and himself were the only ones who enjoyed immunity in the State, saying that should not make them foment trouble by encouraging thuggery during the election.

He said: “Without a doubt, the governor and his deputy governor enjoy immunity; but the thugs do not enjoy immunity.  Therefore, if anybody is arrested in connection with violence and thuggery, the security agencies should let us know whether the arrested thugs are members of the APC or the PDP.”

Ize-Iyamu said in response to another question that if he lost the election, the worst he would do was to head to the tribunal, adding, however, that he had appealed to his supporters to shun violence and avoid bloodshed.

He said he was still worried over the continued destruction of his campaign billboards in Benin City and other parts of the State., stressing ,“I find it disturbing that they sponsor violence and shift it to the doorsteps of the APC.”

Ize-Iyamu told the session that the candidate of the PDP, Godwin Obaseki, was not selling his programmes, but focusing on inanities and mere distractions.

He cited for examples the mounting of a billboard in Benin City on the Governor of Kano State, Abdullahi Ganduje; what Comrade Oshiomhole said about him (Ize-Iyamu) in 2016; his involvement in a N700 million case by the Economic and Financial Crimes Commission (EFCC) against him and others, including the PDP chair, Anthony Aiziegbemhin and former State Chairman of the PDP, Dan Orbih.

Declaring that he did not take a kobo of the money, he said he had never been indicted for any case of fraud in his public life, pointing out that “I was Chief of Staff and Secretary to the State Government and nobody indicted me for taking a kobo. I did not take a kobo from the said N700 million.”

He said he was only at the bank to sign for the money that was meant for election purposes (as coordinator of the then PDP Presidential Campaign in Edo State) along with two others, saying that after that, the bank officials took the money to Chief Tony Anenih’s house where it was shared to the chairmen of the 18 local government areas, who signed for the money they were given.

He also disclosed that the money was not even enough and that Chief Anenih added to it from his personal funds.
Ize-Iyamu, who reviewed Governor Obaseki’s first term in the saddle, concluded that the state had not fared well under his leadership because the governor had not done well compared to the amount of financial resources at his disposal.

He said he was long on signing Memoranda of Understanding (MoUs) within and outside the state but short on fulfilling his campaign promises.

In order to cure the mischief of Obaseki’s poor governance, Ize-Iyamu said he would deploy in the rescue mission in the state his SIMPLE agenda, which, according to him, was a realistic footpath to take Edo State to the land of prosperity.

He explained that he would promote complementarity of effort with the security agencies to tackle insecurity in the State, pointing out that “the essence of the huge monthly security votes is to be able to complement what the Police and other security agencies get.”

He said security would be key in moving Edo State forward and promised to prioritise it.

He berated the governor for letting out the Central Hospital to private consultants that are charging exorbitant fees, thus making it inaccessible to the people.

“There are no good roads and we must invest heavily on infrastructure development if we are to progress and develop.  For the information of those who say that Edo is not Lagos, Lagos is a good model.  We can be like Lagos,” he stated.

He, however, lampooned Governor Obaseki who, according to him claimed that Edo is not Lagos, but would go to Lagos to bring in welders for the renovation pf Samuel Ogbemudia Stadium, which renovation project estimated at N6 billion, he described as fraudulent.

According to Ize-Iyamu, “N6 billion for stadium renovation is fraud. The capacity and sitting arrangements have not changed.  With N6 billion, I can build a mini stadium in each of the 18 Local Government Areas of the State.”

He said that what Edo people needed at this time was humane leadership, which he said Governor Obaseki lacked.

He cited the instances of the demolition of the hotel belonging to kabaka and the orchestration of the illegal inauguration of the House of Assembly in the night to the exclusion of the majority of the members-elect as manifestation of lack of leadership humaneness.

Wike says NDDC is not birthright of any ethnic group