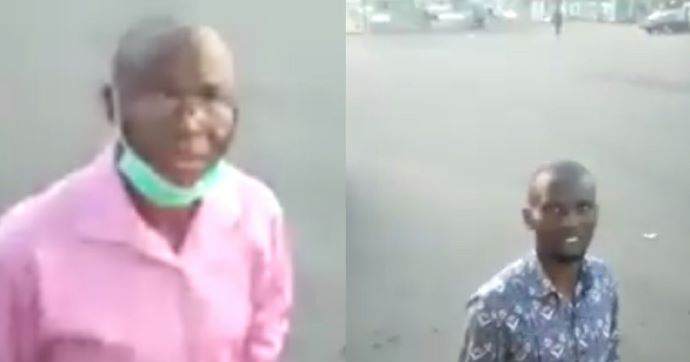 For his rare and unusual act of bravery, patriotism and high degree of disciplined parental guidance and control exhibited, Mr Femi Adeoye, a retired Deputy Corps Commander (DCC) of the Federal Road Safety Corps, has received the commendation by the Corps Mashal, Dr Boboye Oyeyemi.

Adeoye had stubbornly refused to take in his son who travelled from Lagos to Ekiti. He had, in a viral video, insisted that COVID-19 task force should keep him in its isolation Centre to observe the 14-day period after which he could be certified safe to reunite with the family.

The Corps Marshal commended the retired officer, not only for promoting the ideals of the Corps, but also for being a national hero who refused to compromise national health security on the altar of rabid family love or unguided public perception and sentiments.

In a press statement by Bisi Kazeem, the Corps Public Education Officer, Federal Road Safety Corps, he recalled that Mr Femi Adeoye who retired as a Deputy Corps Commander (DCC) was seen in a video that went viral on social media  courageously refusing his son who traveled from Lagos  to Ekiti against fatherly advice from accessing the family house, on the ground that he must first subject himself to self isolation and test before he could be allowed to reunite with the family in line with government regulations.

He explained that the patriotic behaviour as seen in the video was a reflection of the discipline and regimentation that the FRSC had instilled in the retired personnel over the years.

According to the Corps Marshal, the FRSC was widely known to be a very disciplined paramilitary organization that had groomed its personnel both serving and retired to exhibit the highest level of discipline in any situation they find themselves.

“As such, the behaviour of Mr Adeoyei did not come to the Corps as a surprise,” he was quoted to have said.

In the same vein, the Corps Marshal commended the Executive Governor of Ekiti State, Dr Kayode Fayemi, and the good people and Government of Ekiti State for honouring Mr Femi Adeoye  as Ekiti State COVID-19 Ambassador, thus  recognising his exemplary conduct in such a glorifying manner, a gesture that would not only be a source of motivation to the good people of Ekiti, but also Nigerians at large.

He Initially Resisted Vacating the Palace, But He Was Eventually Evicted...