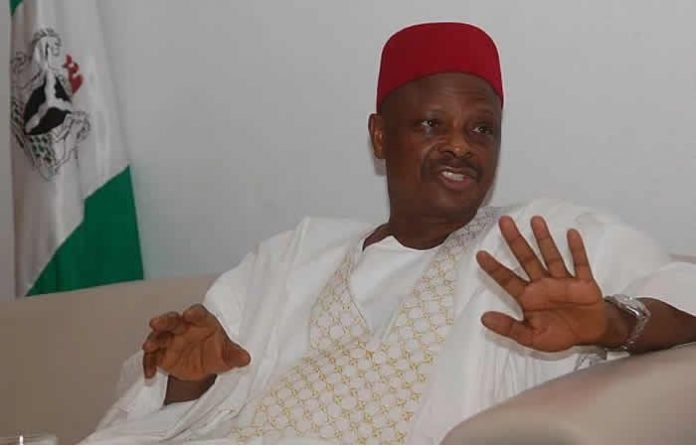 Former governor of Kano State, Rabiu Musa Kwankwaso, on Saturday reported to the Economic and Financial Crimes Commission, EFCC, and is being grilled by a team of operatives at the Commission’s headquarters Abuja over allegations of abuse of office, diversion of public funds and fraudulent allocation of government properties to cronies.

Kwankwaso, who is also a chieftain of the Peoples Democratic Party, was first invited by the EFCC in September but failed to honour the invitation.

An associate of the politician informed NAN that he might have been invited in relation to a petition by some retired employees of the Kano State Government who had earlier petitioned the EFCC, complaining that the former governor mismanaged pension remittances to the tune of N10 billion between 2011 and 2015, to fund a housing project for his cronies.

But the EFCC spokesperson, Wilson Uwujaren, declined comment on the interrogation of the former governor when contacted by the newspaper on Saturday.

Customs intercepts 5,200 live ammunition, other contraband goods worth over N386...

Fayose: Attempts to pull down Tinubu will fail

#EndSARS promoters drag CBN to court as they demand the unfreezing...