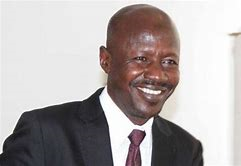 The Economic and Financial Crimes Commission (EFCC) has filed its notice of appeal insisting that Waripamo Owei-Dudafa, an aide to former President Goodluck Jonathan must be convicted and jailed on 22-count money laundering charges preferred against him.

The Commission challenged the judgment of Justice Mohammed Idris, sitting at the Federal High Court in Ikoyi, Lagos, discharging and acquitting Dudafa and one Joseph Iwejuo, a banker, of the money laundering. The lower court judge had ruled that the commission failed to diligently prove its case.

However, EFCC’s prosecutor, Rotimi Oyedepo said the Commission would be appeal the judgment and that notice of such appeal has actually been filed pursuant to Section 241 (1) (a) of the 1999 Constitution.

According to him, the appeal is premised on nine grounds of appeal thus:

Rotimi Oyedepo said that Justice Idris erred in law by discharging and acquitting the respondents on counts of conspiracy. In the particulars of the notice, Justice Idris was said to have failed to bind himself with the age-long principle of law, which provides that conspiracy is complete upon agreement.

Dudafa and Iwejuo in their defence had both stated that they did not know each other until the time of their arrest. But the EFCC said following the age-long principle, it is settled law that once a conspiracy has come into existence, other conspirators may join in at a later stage and it is not necessary for the conspirators to know themselves or the full extent of the scheme to which a conspirator has joined himself.

The commission also said that the judge also departed from the settled position of law that “confession alone is sufficient to support a conviction without corroboration, so long as the court is satisfied of the truth of the confession”.

Justice Idris was said to have failed to consider and ascribe any probative value to any of the evidence adduced by the two respondents establishing a meeting of the mind, which constitutes the conspiracy to carry out the unlawful act of concealing proceeds of crime.

The EFCC is, therefore, seeking an order of the court convicting the respondents as charged and sentencing them as prescribed by the Money Laundering Prohibition Act 2011 as amended and the EFCC Act of 2004.

Wife of drug kingpin “El Chapo” arrested at US airport

Plenary proceedings of the House of Representatives for Wednesday, May 5th,...

Wole Soyinka: Why religion is Nigerians’ number one problem