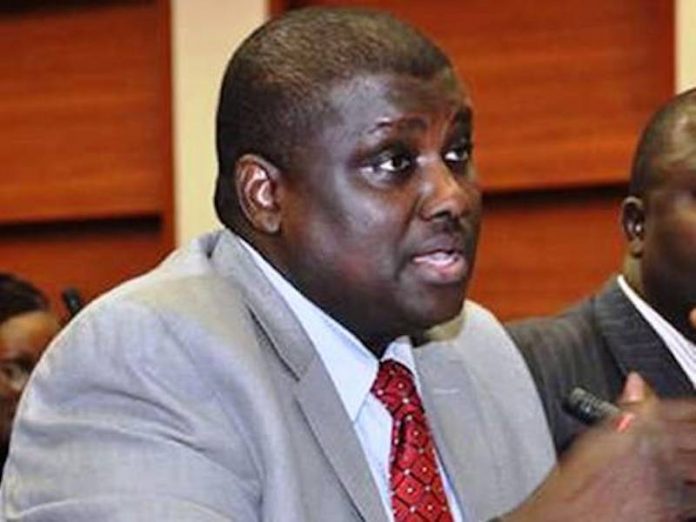 Operatives of the Economic and Financial Crimes Commission and the Department of State Services has arrested former Chairman of the Pension Reform Task Force, Abdul-Rashid Maina.

Maina, who was embroiled in N2.1 billion pension scam was arrested through a joint effort by the EFCC and DSS, sources told SaharaReporters.

According to the source, Maina was arrested in a hotel in Abuja as he attempted escaping by shooting at the DSS operatives detailed to arrest him.

The source said, “He hid himself in a bulletproof car for several hours before he was forced out by the operatives.

“On the request of the EFCC, the DSS has been monitoring his movement for days before now.”

It was gathered that one Zainab Buratai, a woman who claimed to be a businesswoman and philanthropist in Abuja, by her Twitter handle but no established direct connection with the Chief of Army Staff, said Maina had been using his influence in the police force, to terrorize his extended family.

Maina had ordered one of her nephews, Sadiq to be arrested.

Sadiq was beaten to a coma on the allegation of stealing $1.7 million belonging to Maina.

Maina’s younger brother, Khalid, was also arrested and detained by officers of the inspector-general’s special team under Abba Kyari.

It took the intervention of senior police officers to secure the release of Khalid last weekend.

Operatives of the anti-graft agency have arrested several agents, couriers, informant and subordinates of Maina in the last two months and several properties hidden under several “proxies and concubines” seized from the fugitive.

As of the time of filing this report, the DSS was still profiling Maina and possibly would hand him over to the EFCC later today (Tuesday) or sometime soon.

His possession of a firearm, among others, is to be investigated by the DSS

Maina is being aided by top government officials led by Attorney General of the Federation, Abubakar Malami, to evade trial and prosecution following his embezzlement of N2.1 billion pension fund.

Maina in January 2019, secured a court order stopping the EFCC from declaring him wanted.

A non-governmental organisation, Centre for Law and Civil Culture, had approached a federal high court in Lagos to compel the AGF to account for the assets recovered from Maina.

The group is seeking a mandamus order to compel the AGF and the EFCC to provide it with information on the 270 landed properties, exotic cars, money and other valuables allegedly recovered from Maina.

The group said its suit followed the alleged refusal of the EFCC to oblige its request for information via a December 28, 2018 letter.

PROCEEDINGS OF THE NIGERIAN SENATE OF THURSDAY, 7TH OCTOBER, 2021