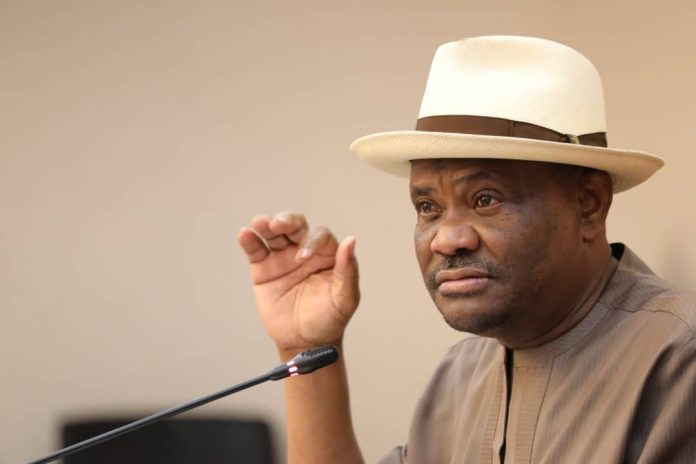 The leadership of the Ijaw Youth Council (IYC) has called on their “brothers” who are delegates in the Peoples Democratic Party (PDP) presidential primaries not to vote for the Rivers State Governor Nyesom Wike.

The group in a statement posted on Facebook on Tuesday said doing otherwise would be viewed as “betrayal of heritage.”

The statement, issued by the spokesperson of the IYC, Ebilade Ekerefe, is a response to the “Thunder fire you” comment made against Ijaw groups — IYC and the Ijaw National Congress (INC) — by Mr Wike at a church service in Port Harcourt on Sunday.

Mr Wike ordered Mr Farah’s arrest after the governor accused him of trying to disrupt the PDP governorship screening exercise in Port Harcourt, an accusation the lawmaker denied.

The two Ijaw groups had given Mr Wike 48 hours ultimatum to release the lawmaker, who is also a governorship aspirant of the PDP in Rivers State.

The governor lashed out at the groups for issuing the ultimatum.

The IYC spokesperson, Mr Ekerefe, said Governor Wike’s comment was “insulting” and capable of severing the relation between the Ijaws and Mr Wike’s ethnic group — the Ikwerre.

“This “thunder” did not fire the former president when, despite all odds, he made him the choice of the Peoples Democratic Party in Rivers State against the wishes of other competent Ijaw aspirants in the state.

“Now, Jonathan, as an Ijaw man, is also under fire from Governor Wike. For him, all those that made him, including the people of Rivers State, are in his pocket and can be insulted at will.

“We, therefore, call on our people to see Governor Wike as an enemy of the Ijaw Nation. We urge Ijaws all over the world to speak against this tyrannical behaviour of Wike,” the group said.

Why drug test is essential to stable marriage — Marwa

Insecurity: You don’t take a knife and rip open your belly,...