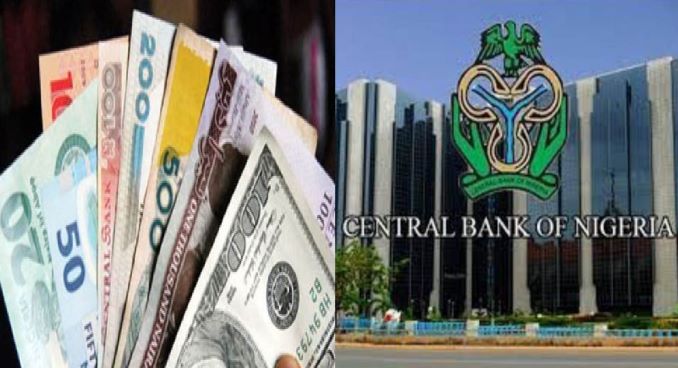 By Shola Ogunniyi
Dollarisation is the wide adoption, by the citizens of a country, of the US dollar as a means of payment and exchange within a country other than that country’s currency. The worrisome aspect of dollarisation happens when a large segment of the country’s population prefers to store assets in another currency rather than their currency. Dollarisation is faithlessness in the stability of a local currency. It is lack of trust in the capacity of the government to preserve the value of a currency.
Dollarisation is also known as currency substitution and can be used interchangeably.
Dollarisation can be caused by a bout of hyperinflation; for instance, Zimbabwe. It can also result from falling value of the domestic currency relative to the foreign currency. And people prefer to hold their assets in foreign currency that is relatively stable . When an economy is dollarised, it loses the control over its monetary policy.
Incidentally and, to a greater extent, dollarisation
can also be fuelled by government’s fiscal and monetary operations. When a government decides to spend money it does not have or earn, it can print currency to find its way through. This is especially obvious when it finds it tough to borrow in the international market and its tax revenue is close to non-existence, which leads to the the likely result of a runaway inflation.
Dollarisation is obvious in an economy with low productive capacity and high dependence on imports even for most basic aspects of their production processes . Such an economy exports less value-added products. It becomes a BIG CHALLENGE when a country fixes the local price of a product/service that has high foreign input but is priced in local currency.
Dollarisation is a cat-and- mouse game between the government and its citizens. Government wants its citizens to hold more of local currency but the citizens are aware the government will “inflation tax” their cash balances either at hand or at banks through the continued printing of currency. Worse still, it is the government that will still want to fix the exchange rate. So the citizens ignore the official rate and move to the black market.
Funnily enough, they have more faith in the black market operations than the official market. In addition, corrupt activities by public servants can fuel dollarisation. The gist is: it is the public servants and politicians that first take off at the slightest hint of instability. It is they that convert their local currency to a foreign currency. They actually fly to safety first from the local economy. They display faithlessness ab initio.
Dollarisation can be addressed in the short term if government reduces the scale of fiscal operations especially by stopping to spend more it does not have and earn. In the medium to long term, it must produce more at home. Its productive assets must be put to good use. It may have to cope with rising interest rates. It will need outside help in the form of multilateral agencies like concessional loans and grants . Public goods like basic education and primary healthcare will be given full attention. But eventually it may redenominate its currency and structurally adjust.
So, is Nigeria economy being dollarised? Not yet for now. Major transactions are still done in Naira and Nigerians still have huge naira assets. The relevant sections of the Central Bank of Nigeria Act, 2007 stipulate that the unit of currency shall be the Naira which shall be divided into one hundred kobo and in addition, the Naira currency notes and coins issued by the CBN shall be the legal tender in Nigeria.  Despite the dollar being the legal tender, the Central Bank of Nigeria had had to respond to the threat of dollarisation in the past. In April 2015, the CBN, in a letter to all banks, expressed worry about the rising trend of currency substitution and dollarisation of the Nigerian economy. It consequently advised all deposit money banks operating in Nigeria to desist from collecting foreign currencies for making payment of domestic transactions on behalf of their customers and the use of their customers’ domiciliary accounts for making payments for visible and invisible transactions.
Again, in August 2015, it ordered the Deposit Money Banks (DMBs) to stop accepting foreign currency cash deposits. In February this year, the CBN declared that only foreign deposits made through electronics transfer into domiciliary accounts can be transferred electronically. That is, deposits made through transfer cannot be withdrawn as cash over the counter. It is however not clear how the DMBs have been implementing the directive.
It does appear that the Nigeria’s economy tends to display some signs of currency substitution anytime the international price of oil crashes. This trend may reappear again as slowing global economy reduces the demand for oil.  And the CBN will be also required to respond. How well it responds will be determined by the strength of several factors such as the depth of oil price fall, the inflation rate in Nigeria and the naira exchange rate among other factors prevailing at that time.
* Shola Ogunniyi is a Lagos-based Risk Advisor.
Please follow and like us:

Ahmad Lawan’s principles of politics and leadership, By Ola Awoniyi

Alao-Akala promised to flag off road project before his death –...

Centre asks US to approach ILO for aldjudication on treatment of...