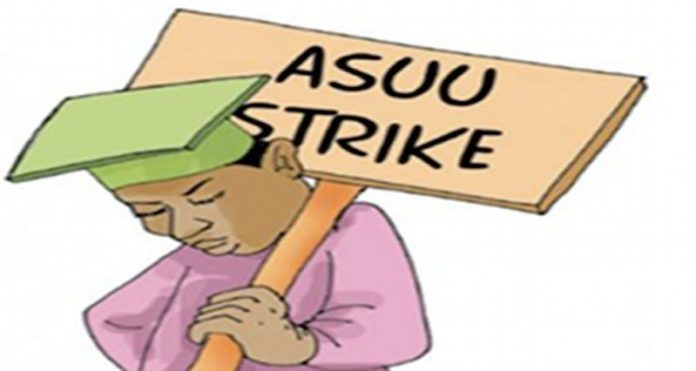 The Academic Staff Union of Universities (ASUU) on Wednesday “conditionally” suspended its strike.

The suspension has ended a protracted action that started in March 2020.

The union said “the suspension of the strike takes effect from Thursday, December 24th, 2020.”

ASUU National President, Professor Biodun Ogunyemi, made the announcement during a briefing of the union in Abuja.

He explained that the development followed the agreement reached with the Federal Government and a meeting with its National Executive Council (NEC).

He warned that the union would return to strike without notice if the government failed or reneged in meeting its part of the agreement reached with the university lecturers.

Ogunyemi noted that “the reopening of the schools, considering the COVID-19 pandemic, lies with the Federal Government and Senate.”

Professor Ogunyemi thanked students and their parents for their understanding throughout the nine-month period and said: “no amount of sacrifice would be too much to get the matter resolved as long as the government is consistent with its commitments.”