Home News Defamatory publication: Marvelous Muhizu Zibiri recants, apologises to Capt. Hosa Okunbo
Share
Facebook
Twitter
Pinterest
WhatsApp
Honourable Marvelous Muhizu Zibiri has retracted his social media publication in which he referred to a prominent Edo son and business mogul, Captain Idahosa Wells Okunbo, as a drug baron, saying the publication was baseless and not grounded on provable facts.
He has also followed up the retraction with a written apology to Captain Hosa Okunbo together with an undertaking to make wide and copious publications in both print and social media, “recanting, withdrawing and disclaiming (the) slanderous publication.”
Zibiri also undertook that he would cease forthwith to defame or undermine Captain Hosa Okunbo in any manner and in whatever guise, having now realized that the content of the defamatory publication that he authored was false.
These were the terms of  settlement agreed to by both parties to dissuade Capt. Hosa Okunbo from pressing charges against Zibiri for defamation of character.
In one of the quick retractions posted in the social media by Zibiri on the night of Tuesday, June 23, 2020, titled: “Re: The Big Revelation and How a Drug Baron is Funding the Political Class in Edo State”, he wrote: “This is to inform the general public that the earlier publication on the above subject is hugely regretted and I hereby give notice that it was a publication made out of oversight; (it was) baseless and not grounded on provable facts.
“To that extent, I hereby withdraw the publication in all sincerity and urge all to kindly disregard the content therein as being false, without verifiable facts.  I greatly regret any inconveniences the false content of the publication may have caused our father and highly respected brother, Captain Idahosa Wells Okunbo and his family.
“Captain Idahosa Wells Okunbo has greatly distinguished himself (to be) worthy of our recognition and respect.  I therefore use this medium to urge him to kindly forgive me as a son.”
In another post, Zibiri confessed to have so very deeply offended Captain Hosa Okunbo, declaring that “I still could not comprehend how I felt when I met one-on-one with him late this (Tuesday, June 23, 2020) evening.
“I saw a man who is youth-friendly and ready to sacrifice (channel) his wealth towards making youths productive to themselves and the society at large as long as they are ready and possess the requisites for productivity. More worrisome was the emotional expression of the damage done his reputation as a business mogul by the said article.”
In order to clear any iota of doubt about the authenticity of his retraction of the said defamatory publication, apology and undertaking to make wide and copious publications in both the print and social media, Zibiri produced a video clip in which he also read out his apology and undertaking (see video, handwritten apology, undertaking, his lawyer’s letter of apologies and reply by lawyers to Capt. Hosa below). 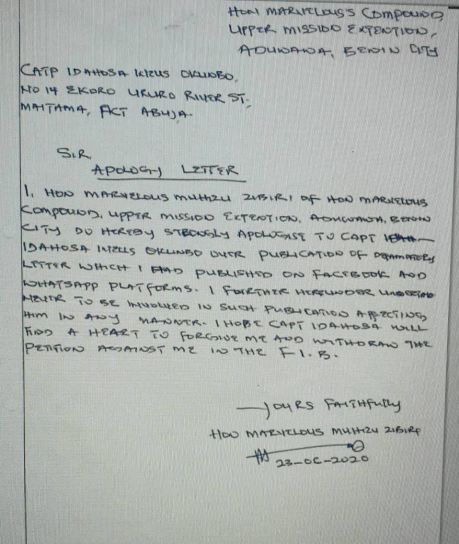 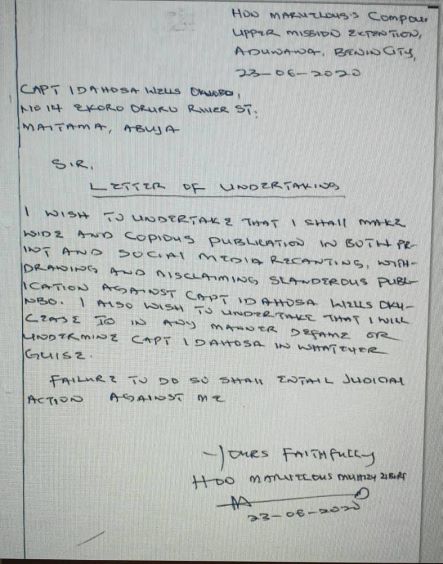 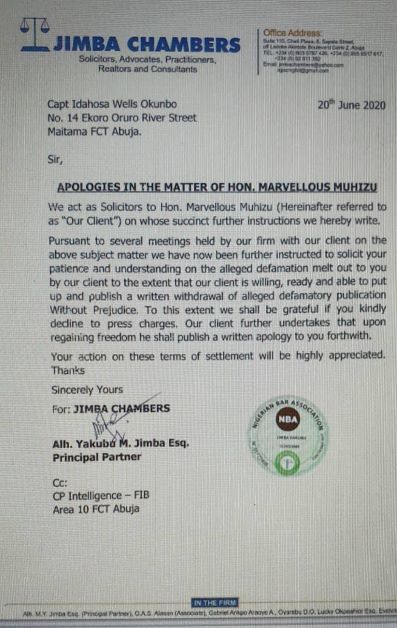 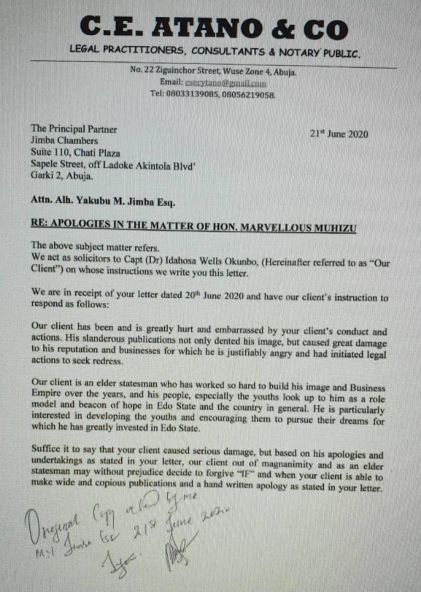 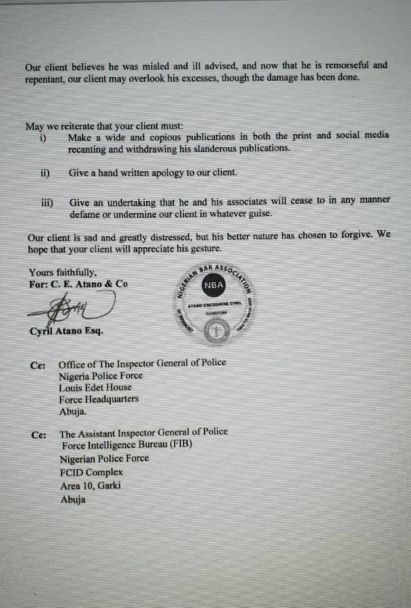 Obi Cubana’s mother’s burial: A metaphor for the Nigerian psyche, By...

“Its too early to suffer hallucinations” – Edo APC tells PDP