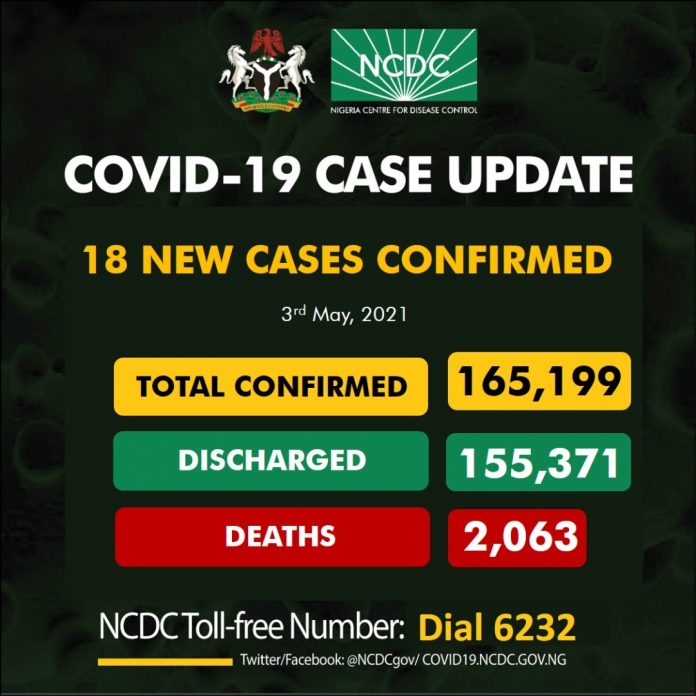 Nigeria on Monday recorded 18 new cases of the Coronavirus Disease, indicating a further drop in the number recorded the previous day.

The agency released the data for Monday on its Twitter handle.

It reported that the new cases were from the Federal Capital Territory and four other States.

According to the data, Lagos State topped the table with eight cases, while the FCT reported six new infections.

On a day when there was no fatality, Edo State reported two new cases, while Rivers and Ogun States had two fresh infections.

With no death on Monday, the country’s fatality from the pandemic, which spread to Nigeria on February 27, 2020, remained at 2,063.

As of Monday night, the number of confirmed COVID-19 cases in the country was 165,199, while those successfully treated and discharged rose to 155,371.

NPA allegedly too high-handed in dealing with OMSL, says Group