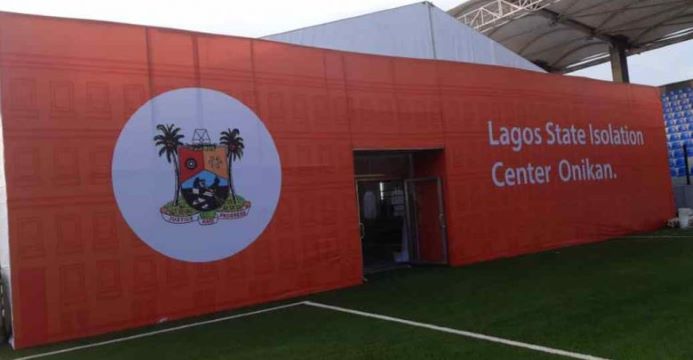 The Lagos State government has unveiled a 110-bed isolation centre, for the management of COVID-19 cases.

Governor Babajide Sanwo-Olu commissioned the Centre, which is located at Moblaji Johnson Arena, few hours after new cases of the pandemic were announced by the National Centre for Disease Control (NCDC).

Sanwo-Olu, who was accompanied by Chief Executive Officer of GuarantyTrust Bank (GTB), Segun Agbaje, explained during the commissioning that the isolation center would complement already existing facilities in the state.

Lagos State has been on the frontline of prevention, management and containment of public health risks in Nigeria.

The isolation Centre is a product of the state’s Public-Private-Partnership with GTBank.

The facility, which was completed in less than a week is set to shore up the state’s response to the pandemic at hand.

Commissioner for Health, Prof. Akin Abayomi, said that the facility would be converted to a bio-security centre and restrict movement flow into the center to prevent the medical staff from contacting the deadly disease in the state.

In his description, he said the completion of the facility is an incredible achievement. He further stated that the isolation center would commence full operation “by the middle of next week”

Cristiano Ronaldo is the first football star to break $1 billion...