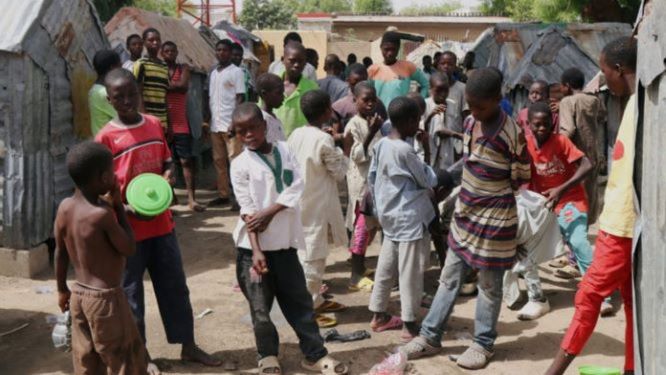 The Police ice Command in Kwara on Saturday, returned no fewer than 200 suspected Almajiri (Quranic school pupils) to Katsina State.
This was contained in a statement issued by the Police Public Relations Officer (PPRO) in the state, Ajayi Okasanmi, in Ilorin.
Okasanmi said that a truck, with registration number Kaduna: MKA 54 XL, conveying the Almajiri, was intercepted at Bode Sadu-Okoolowo expressway, Ilorin.
“When the driver of the truck was interrogated, he said that they were coming from Funtua in Katsina State, despite the inter-state travel ban to avoid the spread of coronavirus.
“On the instruction of the Commissioner of Police, CP Kayode Egbetokun, the truck and the 200 Almajiri were escorted by fully-armed policemen to the Niger-Kwara boundary to where they will return to Katsina,” he said.
The PPRO called for the cooperation of residents of boundary communities in the state to always volunteer information on movements of vehicles and people in their respective communities.
(NAN)
Please follow and like us:

US Senate clears way for Democrats to pass $1.9 trillion COVID...