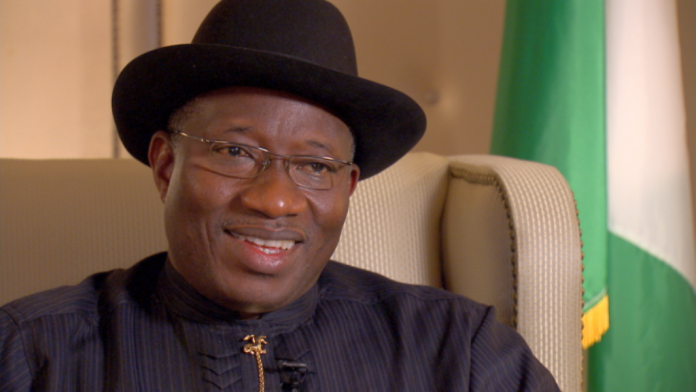 Former President Dr. Goodluck Ebele Jonathan has called on stronger economies and international agencies like the World Health Organisation (WHO) to support the efforts of African nations towards procuring the necessary equipment and kits to enable them conduct aggressive testing that would make the current lock down imposed on cities more productive.

The former President also appealed to international financing and donor agencies as well as creditor nations to consider granting economic palliatives including debt relief or placing moratorium on repayments to help weaker nations cope with the economic difficulties brought upon them by the Covid-19 pandemic.

Dr. Jonathan stated this over the weekend while speaking as a panelist in an international web-based conference organised by the Universal Peace Federation (UPF) with the theme ‘Governance Challenges in the Era of the Coronavirus Pandemic.’ The other panelists included Mr. Stephen Harper, former Canadian Prime Minister, Mr. Sang Hyun Yoon, South Korean parliamentarian and Dr. Thomas Walsh, UPF Chairman.

The former President also called for greater synergy among different levels of government to ensure that whatever measures are adopted in dealing with the pandemic will achieve the desired result. He recalled that when Ebola hit Nigeria and some other African countries in 2014 under his presidency, Nigeria was able to effectively contain the spread by adopting proactive measures that ensured effective collaboration between states and the Federal Government as well as mobilized support from the civil society, private sector and the international community.

Speaking on the imperative of aggressive testing on the African continent, he said: “It is true that many African nations are observing lockdown of cities and maintaining isolation centres, but if there is no effective testing, locking down populations as currently obtainable in many African countries may not be very effective. This is because people within the communities will continue to spread the virus even without knowing.

“They key thing is that Africa is in dire need of testing kits. The world should come to the aid of Africa by sending more of these kits and other needed equipment to make the fight against Covid-19 more meaningful. Restrictions without strong and aggressive testing will not be impactful.

“We plead that WHO needs to come to the aid of African countries to enable them procure the necessary kits to enable them conduct aggressive testing now that many cities are locked down. That way, those that have already contracted the disease can be isolated from the rest of the population and their condition properly managed.”

On the future of the continent post Covid-19, Jonathan advised African nations to collaborate more and look inwards for initiatives and capacities that would engender accelerated economic development. According to him, such measures include improving business climate and adding value to agricultural and other products as well as providing meaningful support to young entrepreneurs and small businesses.

Osinbajo has yet to declare interest in 2023 presidential race- Spokesperson