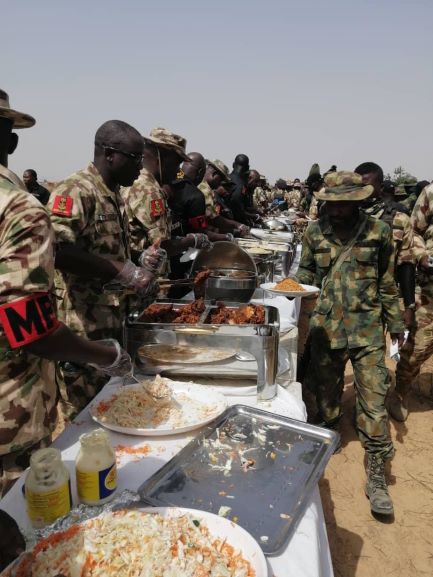 The News Agency of Nigeria reports that the luncheon was in keeping with the tradition of feasting with the troops in the frontline during festivities by the Chief of Army Staff.

While addressing the troops, Buratai said: “We are here today to have special lunch in respect of 2020 Easter celebration.

“This morning, our Christian brothers had special prayers for all of us and we appreciate that.

“This afternoon, we are also coming to have this lunch, to thank Almighty God for bringing us to this point alive as soldiers, as a country, and of course in this our counter-insurgency operation.” 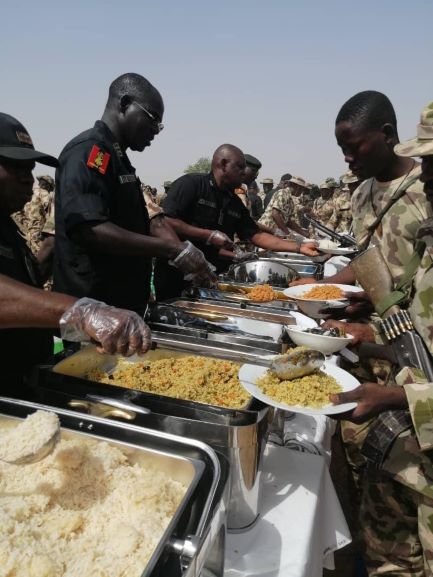 He assured the troops that the army would soon crush the terrorists in the North East, while pointing out the complex nature of counter-terrorism operations.

“There are some countries that have fought insurgency for close to 50 years. Well, we are not going to wait until 50 years to end this.

“As such, we are here, we will not leave this camp until we substantially degrade these criminals God’s willing,” he said.

Earlier, the Theatre Commander, Operation Lafiya Dole (OPLD), Maj.-Gen. Farouk Yahaya, thanked Buratai for his continuous support for the troops at the frontline.

Yahaya also stated that the presence of the COAS in the frontline was a morale booster for the troops.

He, however, pledged the commitment of the troops to prosecuting the war against insurgency to its logical end.

According to him, the Easter luncheon is in recognition of the gallant contribution of the troops to the war against terrorism.

Crisis hits NASS management as Clerk to Senate storms out of...