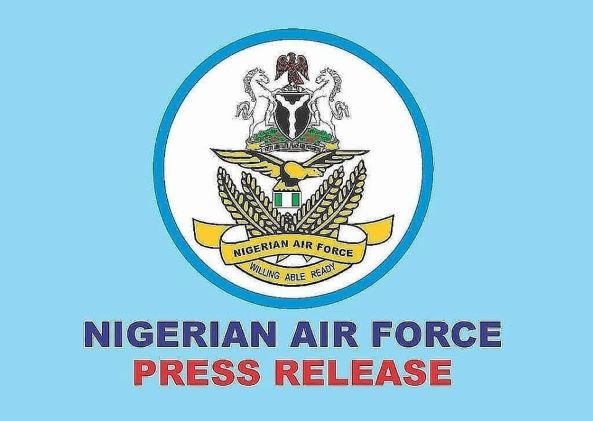 NAF, in a statement on Sunday by its Director of Public Relations and Information, Air Commodore Ibikunle Daramola,  put out the exact position of the Chief of Air Staff (CAS), Air Marshal Sadique Abubakar during his recent visit to the headquarters of the Air Task Force of Operation Lafiya Dole in Maiduguri.

“The attention of the Nigerian Air Force (NAF) has been drawn to publications in some media insinuating that the Chief of the Air Staff (CAS), Air Marshal Sadique Abubakar, during a recent operational visit to the Headquarters of the Air Task Force (ATF) of Operation LAFIYA DOLE, Maiduguri on 4 July 2020, promised that the NAF would “end the war on Boko Haram by the end of the Year 2020”.

“The NAF wishes to state that the above attributed statement is not a true reflection of what the CAS actually said and therefore constitutes a misrepresentation; hence the need for this clarification.

:For the benefit of the general public, it must be noted that the CAS, in saying that “…. very soon, at least before the end of the year, we should be rounding up this operation or latest by the end of this year. So work towards that and be rest assured that the Nigerian Air Force will support you”, never suggested that the ATF would single-handedly end the war on Boko Haram.

“Instead, the CAS was setting a target for the ATF to encourage and spur it on, to focus all its energy and resources towards achievement.

:This is typical of visionary leadership which sets goals for its subordinates in order to inspire a redoubling of efforts.

“It is expected that, with this new charge, the ATF, working in synergy with sister Services and other security agencies, will work even more assiduously towards ensuring victory.

“Accordingly, the general public is please requested to discountenance these reports, as the foregoing is the true representation of the CAS’ statement.

“You are please requested to disseminate this information through your medium for the awareness of the general public. Thank you for your usual cooperation.”

Magu is now a liability to governments’ anti-corruption war – COPA