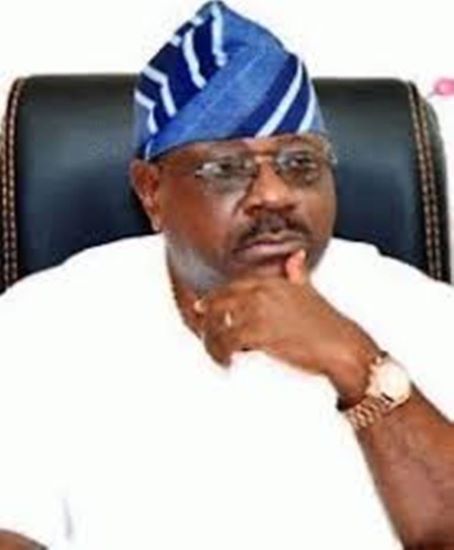 “In his lifetime, Chris had the biggest tragedy of his life when his son Chris Olakpe Jr. perished along with Pastor Bimbo Odukoya and other schoolchildren aboard the Sosoliso air crash in 2005.”

IN this terrible season of global pandemic and death harvest, I was driving when the message popped on my phone—a short, sharp, stinging message: “I have lost my eldest brother.”

The message came from Mrs. Mena Chi-Nwogbu (nee Olakpe). I quickly parked my car by the roadside to call Mena whose broken voice confirmed my worst fears that her brother Chris Olakpe, one of the finest officers the Nigerian Police ever produced, the CEO of LASTMA, the former Public Relations Officer of the Nigerian Police Force, the crack crime-buster who rose to the post of Assistant Inspector General of Police before retirement, is dead.

He died not as a victim of the rampaging coronavirus ravaging the world, but death stemming from acute arthritis and its attendant medical complications which affected him fatally.

What a fine officer and a gentleman! What a devastating death! What is the world coming to? This is one column I find difficult to write. A column laced with sorrow and pain of a good man gone too soon.

I had known Chris since the ‘80s when I used to visit him at his officer’s apartment at Ikeja G.R.A., when he was a young father to two little girls Ufuoma and Uzoezi who have both grown into mothers and intellectuals with PhD and Master’s degrees like their other brothers and sisters.

One great legacy Chris Olakpe gave his children is his investment in higher education, sending them to some of the best universities in the world.

In his lifetime, Chris had the biggest tragedy of his life when his son Chris Olakpe Jr. perished along with Pastor Bimbo Odukoya and other schoolchildren aboard the Sosoliso air crash in 2005.

His wife, Mrs. Tina Olakpe recalls how devastated he was by the tragedy: “He felt it so bad. He was then in Kano. It affected him. You can imagine what I went through too as the mother. Now, I have lost two Chris in my lifetime. I have lost my son. I have lost my husband. The difference between the two deaths is that my son did not live his life in full. But my husband lived a good life. His happiest moment was when he wore his police uniform. He wore it with pride. You could see the joy on his face when going to work. He loved the job with passion. Through his police career, he had what Maslow described as self-actualization. He was fulfilled.”

Her daughter Uzoezi, a medical doctor and a mother says: “I am unable to view my father’s death through any lens. He was stable. He was not unwell to the point of expecting death. It came as a huge shock.” She remembers a father who was “very charismatic, people’s person, very generous, always looking for a way to help. Everywhere I went, people had the best things to say about him being a wonderful person. Most people said he impacted their lives. He was a very doting grandpa, very caring to the point of spoiling his grandchildren. From him, I can say that the role of a grandfather is to spoil grandchildren. He epitomized that.”

His first son Ovie, a lawyer was with his dad till the last moment at the hospital down to the mortuary. He saw it all. He would be in the position to recall his dad’s last moment and possibly his last words, but he was too grieve-stricken to talk.

Mrs. Mena Chi-Nwogbu says his brother joined the police because their dad was a police sergeant. “Definitely, my father inspired him to join the police. Dad was his role model. He wanted to beat Dad’s record and he did. My father was in charge of the barracks in Enugu. Dad kept notes of all the cases he investigated. While in Police College, my brother used my father’s notebooks for assignments and case studies in criminology. Even my sister Bridget too, a lawyer, used my father’s notes while in Law School.

“My brother died at 65. His next birthday is June 6. He was a jovial, fun-loving, kind, peaceful gentleman. He was like an ‘alawada’—a jester. To him, life was a joke. He made jest of everything. He was a wonderful singer and wonderful dancer. He sang at his son’s wedding with people dancing along to the beat of the police band. He was a chorister in secondary school.

At the University of Nigeria Nsukka, he made a Second Class Upper in Sociology and Anthropology. His favourite group is ABBA. On his hospital bed, he sent me WhatsApp videos of ABBA and Dolly Parton. He added a note saying: ‘I am here enjoying my cool music.’ He is a superhero to me. I love him so much. But God knows best.”

Did Chris Olakpe have any premonition of his death? Mena’s husband, Dr. Rev. Chika Nwogbo says: “Three days to his death, he sent me a message saying, ‘If I have done anything, please forgive me. You don’t call me again as you used to in the past.’ We used to joke a lot. I’m missing him a lot. I am still in shock. Meanwhile, my senior sister is in the mortuary. She died three weeks ago. Chris told me to inform him about burial plans so that he will come for the burial. Alas, he is gone.”

On premonition, Mrs. Tina Olakpe similarly recalls: “The very week he died, he said ‘anything I have done, you should forgive me.’ He was not a perfect man, but no man is perfect. I am going to miss him as a friend, a father and my umbrella. He matured over the years and started befriending me and to please me. I am now a widow. Another world, I will marry him all over again.”

On his Facebook page, Blessing Okpowo recalls the day he was looking for a job as a journalist and he approached Chris Olakpe who “brought out his complimentary card and scribbled a message on it, signed it and handed it over to me and said: ‘Go to Concord Newspaper in Lagos, ask for Mr. Mike Awoyinfa, give this card to him, he will give you a job.’ That was how my journey into journalism started. I did meet Editor Mike Awoyinfa and he did give me a job. Ever since, Uncle Chris has been my alter ego. You can now understand why I said I have lost a senior brother.

Rest in peace Uncle Chris Olakpe and may the good Lord comfort everyone that is grieving, especially your immediate family, as a result of this painful and untimely death.”

Restructuring is a national endeavour, let’s realise it together- El-Rufai

Amazon Web Services briefly down, in second outage this month

Osinbajo @64, our women and a nation under the bushel, By...