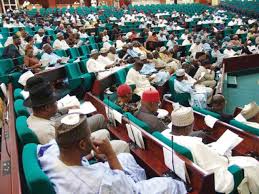 The House of Representatives Committee on Niger Delta Development Commission (NDDC) on Wednesday frowned at the non submission of financial reports by NDDC and the frivolous expenditure of funds running into billions of naira without developmental benefit to the people of the Niger Delta region.
The Chairman of the Committee, Hon  Olubumi Tunji-Ojo  (APC, Ondo) made this known during an investigative public hearing its organized to investigate financial malfeasance and other activities in the Niger Delta Development Commission.
According to him, “the visionary eyes of forerunners in our hallowed chambers caught the dire need to develop the Niger Delta region to mitigate the impact of national economic activities in the area.
“In, the year 2000, the National Assembly established the Act that birthed the Niger Delta Development Commission with clear mandate to develop the land and the people.
“20 years after, we must ask ourselves some critical questions as the baton of preservation falls on us.
“The forensic audit ordered by Mr. President in NDDC must have been premised on these critical questions, perhaps the unremitting cry of the people in the region and the need to see maximum value for successive allocations.
“That underscores the reason this House rightly recognised the need to appropriate fund for the exercise when the Commission failed to reflect this  in the its 2019 budget estimates.
“The all important audit is believed to be ongoing, albeit must be without needless controversies and disconnecting allegations of corruption, hence, the need for us as a Committee to be thorough, patriotic, and unbiased in the national call to duty.”
The law maker, while reeling out the expenses as allegedly made by the NDDC, said the documents submitted by the Central Bank of Nigeria (CBN) and Auditor General’s office showed an expenditure of N81. 5 billion in five months with a comprehensive breakdown
“In the course of going the books submitted by both the Central Bank of Nigeria (CBN) and Auditor General of the Federation (AGF) this is the total amount spent from January to May 2020 is N81.5 billion”.
“The expenditure is as follows;
1. Community relations -N1.3 billion
2. Condolences- N122.9 million
3. Consultancy: N83 million
4. Covid-19- N3.14 billion
5. DTA (Duty Travel Allowance)- N486 million
6. Impress- N790.9 million
7. Lasser fever- N1.956 billion
8. Legal Services- N900 million
9. Maintenance- N220 million
10. Overseas travel- N85.6 million
11. Project Public Communication- N1.121 billion
12. Security- N744 million
13. Staffing related payment- N8.8 billion
14. Stakeholders engagement (February 18- May 31, 2020 N248 million
Total spent: N81.5 billion”.
Meanwhile, Mr. Anthony Ayine, the Auditor General of the Federation and Mohammed Sabo, the representative of the Accountant General of the Federation both confirmed they had challenges in getting to audit the account books of NDDC and urged the House to amend the constitution to reflect punitive measures for defaulters who do not submit their financial reports to their offices as of when due.
According to Auditor General, ” it has been difficult getting NDDC to respond to us which equally affected us in concluding our report. However, there has to put in place punitive measures so as to discourage to agencies that would want to go against the constitution”.
As for Mr. Sabo, “we had challenges with NDDC. We had serious difficulties getting responses from NDDC and that’s why the audit report was delayed because of getting NDDC to respond”.
Speaking with tnews men after the session, Hon Tunji-Ojo reiterated that the Committee remains focused on delivering a very exhaustive investigation result that would be a reference point in the annals of history of the Commission.
“Please note that the House has not condemned anyone, else there would be the need for investigation as directed. We are not  hypothetical or condemnatory but open without prejudice.”
Please follow and like us:

Ex-FIRS boss, Fowler, back to EFCC office for alleged diversion of...

Northern elders insist on call for sack of service chiefs