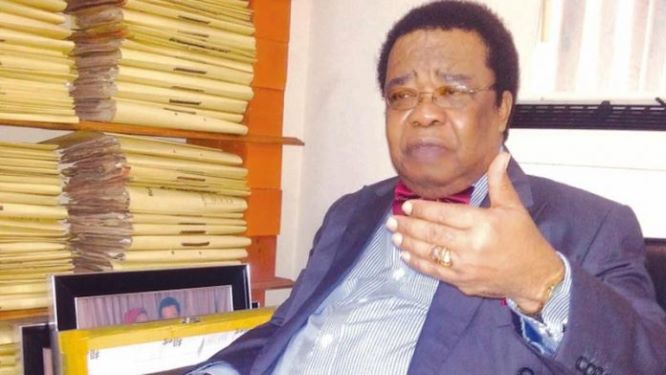 A former External Affairs Minister, Prof. Bolaji Akinyemi, has said that Nigeria and other African countries cannot plead sovereign immunity if they default on loans taken from international organisations or nations.

But Akinyemi, during an interview on Daily Motion recently, said the country could only plead sovereignty in political relations and not economic relations, which the commercial loan agreement falls under.

He said: “Africa should look closely into terms of engagements. African governments should not sign agreements they cannot operate with. It doesn’t make sense to sign an agreement where the Chinese promise to give you money in Yuan whereas you are to pay back in dollars. That is an unequal terms of agreement.

“Ask yourself if the project will be in your favour in the future. What is the point of signing an agreement for Chinese to build a railway system with the terms paid within 20 years, when the volume of people traveling by railway in your country cannot sustain the railway system. If the income generated by the railway system can generate the loan, then go ahead, but if you know you will be unable to repay the loan, then don’t go into it.

“There is usually a clause in these agreements which are standard procedures. It usually say country X cannot plead its sovereignty if there are disagreements, and you need to go to arbitration. You cannot say you are a sovereign country and cannot be dragged to court of arbitration. That is standard procedure. Economic relations is different from standard relation.”

He said for political relations, a country can plead its sovereignty to protect itself, but for economic relations, it is not possible.

“Always get experts to interpret the terms of your agreement to ensure it will not lead you to economic slavery,” he added.

The foreign affairs analyst also stated that there was nothing wrong in Africa broadening the basis of its interaction with the economic global community, as this was better than just being dependent on one source.

“It makes sense for us to have many economic and trading partners. What a lot of people are worried about is the content of the engagement our countries have been signing with China.

“We should separate these two issues from the propaganda we are getting from the West that we should have nothing to do with China and that we should be afraid of getting China too deeply involved in African affairs. They are only trying to protect their own trading relationship with Africa,” he said.

Osinbajo enjoins tiers of government to collaborate, be open-minded

I’m a proud dot in a circle, By Ikechukwu Amaechi