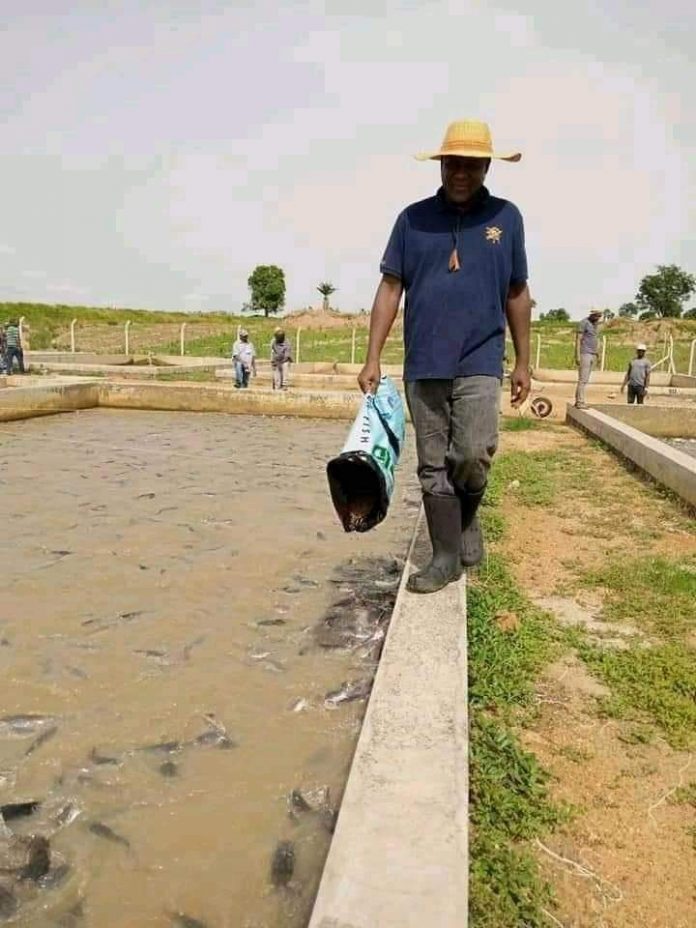 December 26, 2020 is the 53rd birthday of the former Speaker of the House of Representatives, Rt. Hon Yakubu Dogara.

The story of Hon. Dogara’s sojourn on earth is one of the abundance of the grace of God Almighty whose unfailing love and mercy have been sufficient in his life. It is a true story of how the invisible hands of God and His guardian angels have been watching and guarding him all the way. His life journey is a manifestation of God’s unfailing love.

A patriot, icon of transparency, man of honour and dignity and leader par excellence, he is known in public and private as one with a desire to effect the much needed change in our society and put smiles on the faces of the people.
A man of his words, that is an attribute of the person, Dogara. His yes is yes, his no is no and people who know him would say that if he gives you his word, you can take it to the bank. His integrity and credibility are his greatest assets which have been attested to by all and sundry.

Even though he stepped down from the highly revered number 4 seat last year, Dogara continues to build on his capacity as a leader, taking courses in leadership in addition to effectively discharging his responsibilities to his constituents by attracting development projects to them. The landscape of Bogoro/Dass/Tafawa Balewa Federal Constituency continues to witness unprecedented transformation with developmental projects spread across the three LGAs.

No doubt, Rt. Hon Dogara is an exceptional leader who creates a path where no one dared to tread before. As one of the top men in the 9th Assembly, he has already made impressive and outstanding impact, sponsoring not fewer than 12 significant Bills and earning a place among the top 20 lawmakers in terms of legislation.
Today, he moves in dignified strides, having earned a badge of honour from his impeccable record at the House of Representatives where he is still serving his constituents.
A servant leader, his impact was so well felt across religious and ethnic divides that people from all walks of life still approach and pay him compliments for the sterling and exceptional leadership he provided in the 8th Assembly.
This is not surprising because Nigerians witnessed the seriousness with which he took his job to the extent that he would sit and preside in the hallowed Green Chamber of the House for six hours or more; from 11am to 5pm, leading to lamentations by some of his colleagues that he was loading them with too work. But that is one of Dogara’s traits-workaholic.

Certainly, the 8th House under Dogara truly demonstrated that it was the bulwark for the defence of the rights and privileges of the common man, the champion of the rights of the weak and poor and anchor for the wellbeing of the Nigerian people.
It displayed courage when needed, dignity in face of adversity and unwarranted attacks and maintained much needed silence in the face of provocation. True to its promise, the 8th House set landmark records, passing bills and using other legislative tools to correct issues that stood as obstacles against the delivery of democratic dividends to Nigerians.
He defended the rights of Nigerians and protected the independence of the Legislature as enshrined in the Constitution and worthy of note is the unprecedented record set by the Eight Assembly which surpassed all previous Assemblies’ since Nigeria’s independence in 1960. In four years, about 400 Bills were passed, dwarfing the performance of all previous Assemblies. It was also in the 8th Assembly that the Executive assented to the highest number of Bills, some of which were even signed four months after the tenure of the 8th House expired- in October 2019.
In the same vein, a total number of 1,587 motions and 1,192 public petitions bordering on improving the lives of the citizens were considered.
With a clear understanding of the peculiarities of the North-East region, Hon. Dogara personally sponsored the North East Development Commission Establishment (NEDC) Bill which has since commenced operation. In addition to his intervention and mission to various Internally Displaced Persons (IDP) camps across the country, many young children in the camps benefitted from his scholarship scheme, including sponsorship in foreign universities in Europe and Asia.

Also worthy of note is the #NotTooYoungToRun Bill passed by the 8th Assembly under his leadership which successfully lowered the age requirement for elective offices in Nigeria. Today, the fruits are the under 30 and 35-year-old lawmakers elected into the National Assembly, Executive positions and Deputy Governors during the 2019 General elections.

No doubt, the future is pregnant with good tidings for Nigeria and Hon Dogara believes in one, united and indivisible Nigeria. He strongly believes and is determined to see Nigeria overcome her challenges because as he would always say, there is no challenge that is insurmountable.
Every generation comes with some peculiar problems but also comes with men and women that will help overcome those challenges. That is the message of hope that he believes in.
Thus, it is his conviction that working together, we will be able to solve our problems as a nation. And that leadership, is not and should never be a zero-sum game.
To him, what is uppermost in life is not longevity but fulfilment of God’s purpose. He once said years ago at a fundraiser for his charity: “I want to see how well I have invested the years that God has given me. You know, when you are alive, you can choose to invest in yourself, or in others. I think honour is when you serve others.”
Dogara is a highly devoted Christian who fears God; a prudent manager of resources and an exceptionally generous person.
The humble and soft spoken Bauchi born lawyer, scholar, politician, lawmaker, farmer and philanthropist is busy providing succour and relief to the needy and less privileged, especially Internally Displaced Persons, widows and orphans through his charity, the Yakubu Dogara Foundation. This is a task and duty that gladdens his heart.
On this day, I only pray that the Almighty God will continue to bless Rt. Hon Yakubu Dogara, to keep him, protect him, preserve and defend him from the snares of every fowler and cause His light to shine upon him.

My appointment as army chief is a reward for my dad’s...

ASUU STRIKE: BEFORE THE BRAIN DRAIN AGAIN”, By Martins Oloja