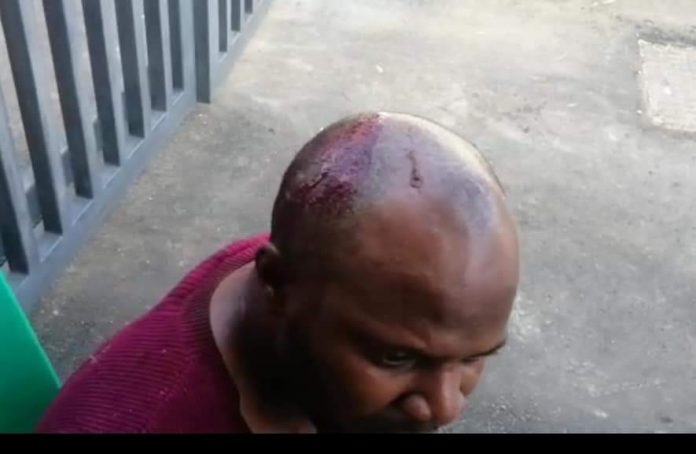 The Centre Against Brutality and for Safety of Journalists in Africa (CABSOJA) has condemned in strong terms the attack, brutalization and inhuman degradation of Mr Francis Ogbonna, a journalist and cameraman with Arise Television in Abuja by policemen for covering a peaceful protest, calling for the scrapping of Special Anti-Robbery Squad, SARS of the Nigeria Police Force.

The group, in a statement jointly signed by Ugochukwu Ezekiel-Hanks, and Desmond Utomwen co-founders, CABSOJA, said it was another sad reminder of the very sorry situation of security in Nigeria and “CABSOJA shall fully participate to ensure that justice is served in this matter.”

The group further stated that it was regrettable to note that “human rights abuses happen every second at different divisions of the Police with innocent, harmless and defenseless Nigerians falling victims on daily basis.”

The group called on the Inspector General of Police to ensure the immediate arrest of the perpetrators of this inhuman act and ensure that they pay for their crimes.

The group also called on the President and the National Assembly to immediately direct the total overhaul and reform of the Nigerian Police Force and position it for safety, security and protection of all Nigerians.

Criminal Cartels on the Loose, By Olusegun Adeniyi

UN calls for an end to police brutality in Nigeria