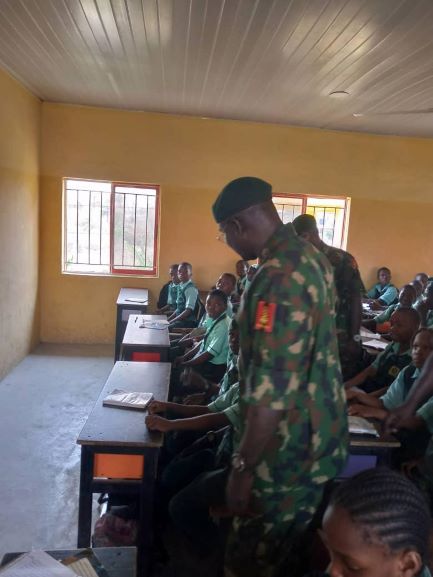 The Chief of Army Staff, Lt Gen TY Buratai, was on Operational Visit to 9 Brigade Ikeja Lagos on Friday the 28th of February 2020.

He took the opportunity to inspect completed and ongoing projects at the Cantonment.

Musa added that the COAS also paid a visit to Nigerian Armed Forces Resettlement Centre at Oshodi, Lagos, where he was formally briefed by the Commandant AVM KG Lar on the state of training, welfare and infrastructure development at the center.

He took the opportunity to Commend and appreciate the efforts of the COAS for building  the Command Day Secondary School and his intervention in Army Children School at NAFRC Oshodi.

He said the Chief of Army Staff was conducted round the Centre where he inspected completed works at the Command Day Sec School, trainees’ living accommodation and Army Command Children School, among others.