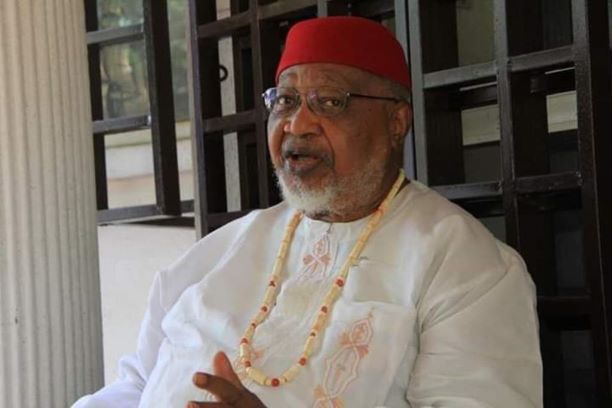 President Muhammadu Buhari has received with profound sadness the news of the passing of Igwe John Ositadimma Umenyiora, Ezedioramma 1 of Ogbunike and Okpala Iguedo.

The President in a statement by his Special Adviser on Media and Publicity, Femi Adesina, extended heartfelt commiserations to Governor Willie Obiano of Anambra State, the Ogbunike community in Oyi Local Government Area of Anambra State and the Umenyiora family over the transition of the monarch.

He described the late monarch as a symbol of humanitarian-

Adesina said President Buhari averred that His Majesty, throughout his 44 years on the throne, demonstrated his deep affection and love for the betterment of his subjects, working tirelessly to improve the well-being of his people through education, commerce, economic empowerment and development.

He also stated that President recalls with nostalgia that when he first sought to be elected President of Nigeria in 2003, a worthy son of Ogbunike, Dr Chuba Okadigbo of blessed memory, was his running mate, and just like the late Igwe, both men possessed great leadership qualities.

Adesina added that President Buhari encouraged the Ogbunike community, town of the famous cave in South East, Nigeria, to continue to honour Igwe Umenyiora’s legacy of commitment to peaceful co-existence, prosperity and harmony.

He said as the community prepared for the last Ofala of the highly-revered ruler who proudly showcased the rich Igbo culture, President Buhari prays for the peaceful repose of the soul of Okpala Iguedo, as well as the selection of a worthy successor, who would build on the achievements of the first Igwe of Ogbunike.

Police begin investigation into murder of councillor in Bayelsa