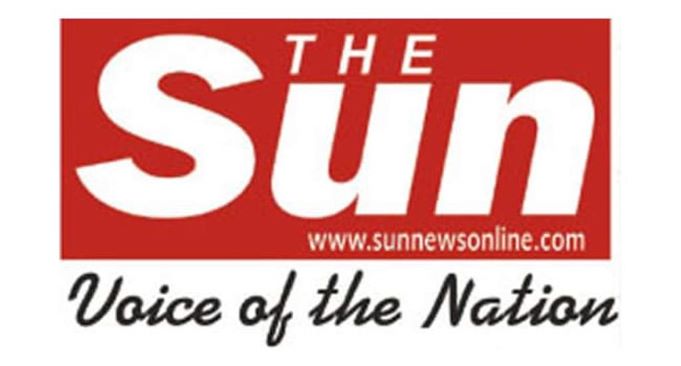 Governor David Umahi of Ebonyi State has ordered the arrest and possible prosecution of the State Correspondent of the Daily Sun Newspapers, Chijioke Agwu.
The Governor gave the arrest order inside his office’s Conference Hall, venue of enlarged State Security Council meeting and media conference on Saturday.
Umahi said he took the decision based on a report authored by the correspondent and published in Daily Sun Newspaper of April 17, 2020.
The story, with the headline: “Anxiety, Fear, as Lassa Fever wreck havoc in Ebonyi,” was alleged by the Governor to contain false information, thereby contravening some provisions of the State COVID-19 and other dangerous infectious diseases law, 2020.
Governor Umahi, after reading the report to the hearing of the entire gathering, where the reporter was present for his official duty, requested for his defence.
When Agwu declined comment, noting that he would confer with his establishment first, the Governor asked the Commissioner of Police to arrest him instantly.
He was whisked away by the Governor’s Aide-De-Camp and handed over to waiting Policemen.
Meanwhile a cross-section of journalists and media workers in the State have expressed disappointment with the action of the Governor, describing it as unwarranted intimidation.
Most of them argued that the report could not be said to be false because the reporter specifically mentioned the identity of some of the victims of the fever as well as some statistics backing it.
They further argued that Agwu could not have manufactured those information but may have gotten them from reliable authorities.
The State Commissioner for Information and Orientation, Uchenna Orji, who was approached by journalists on the matter, promised that he would seek the Governor’s attention on the matter.
Orji admonished the journalists to be calm as he makes efforts to mediate.
He further asked the journalists to send text messages to the Governor appealing to him on the reporter’s behalf.
Up to the time of filing this report, the leadership of the Nigeria Union of Journalists in the State had not issued any official statement on the matter, while the reporter could not be accessed at the State Police headquarters for comments.

FG to lift ban as Twitter agrees to set up office...

Wounded Soldier to Buratai: I am ready to go back to...