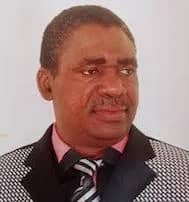 In a swift riposte, the new Police Commissioner in Benue State, Audu Madaki, on Tuesday night, gave marching orders to the Police Area Commander to go after the killers and fish them out.

Madaki, as learnt, received the situation report (sitrep) moments after the killing.

The gunmen were said to have killed Suswam in his country home in Anyiin, Logo Local Government area of the State.

There were reports that the killers arrived in the residence of Suswam in a Toyota Corolla car.

They reportedly, parked it in front of his residence and walked down to where he was seated and shot him to death.

According to sources, the killers, having completed their mission, walked back into their vehicle and drove off.

It was after they had left that security officials arrived in the scene of the incident and conveyed the lifeless body of Suswam to the mortuary, a source said.

There were feelers that the Suswam family may have been a target of the militia group operating in the state especially around Logo and Katsina Ala axis.

A leader of the group, Gana, who reportedly was ready to accept the amnesty deal by the State Government was allegedly drawn out and killed by allegedly by the military last year.

The development and subsequent incidents that bordered on alleged official betrayal had, as learnt, led to supposed reprisal attacks or retaliation by the armed group.

There are a lot of speculations doing the round but the security agencies, as learnt, are on top of the development, investigating and taking note of possibilities in the process.

The late Suswam who held a high profile Chieftaincy title in Tivland was a serial investor and presided over the Ashi conglomerate with many firms in the portfolio.

He was the Proprietor of Ashi Polytechnic, Anyiin and Chairman of Ashi FM 99.9 radio station in Katsina-Ala.

He also founded the Ashitek Printing Press in Makurdi among other investments.

A politician, businessman and academic, Dr Suswam obtained a Ph.D in Military and Diplomatic History at the Benue State University and was author of several books and academic articles in renowned journals.

The late Suswam renowned for his philanthropy, started out as a political activist and became the State Vice Chairman of the defunct National Republican Convention (NRC), during the aborted Third Republic transition politics but later retired from politics to settle for business, academics and community service.