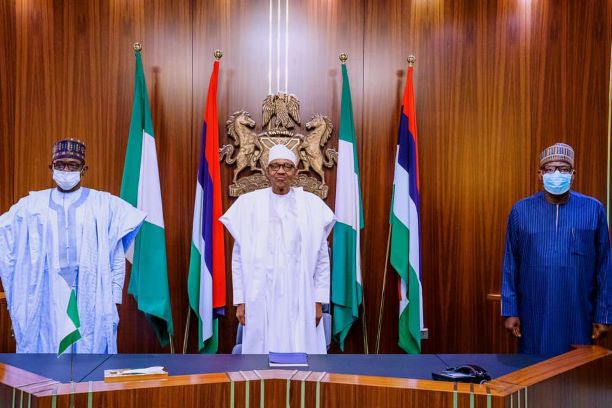 Former Speaker of the House of Representatives, Yakubu Dogara, has dumped the opposition Peoples Democratic Party, PDP, for the ruling All Progressives Congress, APC.

The Chairman of the APC Caretaker/Convention Planning Committee and Governor of Kebbi State, Mai Malla Buni, disclosed this after the duo met with President Muhammadu Buhari at the Presidential Villa, Abuja.

Although Dogara declined to speak after the meeting, Mai Buni told journalists that the former Speaker “is now a member of APC.”

The All Progressives Congress (APC) has also expressed gladness for the return of the former Speaker of the House of Representatives, Rt. Hon. Yakubu Dogara to the party

Akeredolu to Igboho: I am not in support of agitation for...