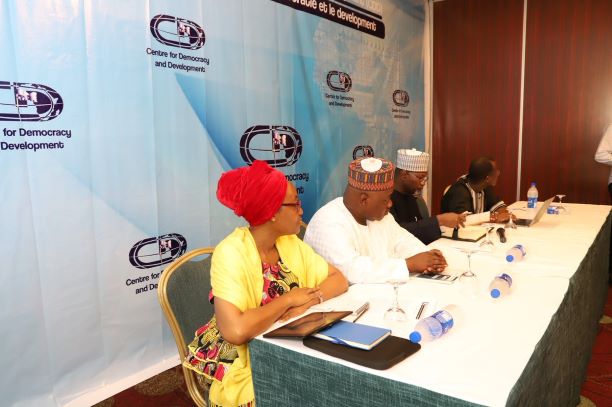 The Centre of Democracy and Democracy (CDD) has organised a training for Islamic clerics in all local government areas in the troubled Borno State.

The programme, which is aimed at creating a smooth reintegration of repentant Boko Haram back into the society, was conducted for 80 Islamic clerics (Ulamas) from 27 local government areas of the state.

The clerics are expected to carry the message back to the communities, preaching peace which will prepare ground for the reintegration of the insurgents back to the society.

Boko Haram crisis has been on for over a decade with thousands of people killed and over 1.8 million people displaced.

Speaking during a capacity building workshop for the 80 Ulamas on Thursday in Maiduguri, in preparation for the reconciliation move to most of the communities expecting the repentant terrorists, the research fellow for Centre for Democracy and Development, Professor Mala Mustapha, said the Ulamas were being prepared to go back to their communities and educate the people on the need to embrace indigenous approach to peace building.

Mustapha noted that at the initial time , when the peace- building initiative started , one of the challenges that came up was the issue of reintegration of the ex-boko haram members.

“People perceive it as if it has been imposed on the communities. The communities have been excluded in the process. And then, they considered it as government paid project to the ex- Boko haram terrorists neglecting the victims.

“It is part of these issues that we considered that there is the need to adopt holistic approach to the initiative for the reconciliation of the victims and reintegration of the repentant Boko Haram members.

“Part of it is CDD engagement with other stakeholders like the North East Development Commission (NEDC), who will be in charge of community engagement, in terms of responding to the victims concerns and needs in terms of reparation and compensation, then the ‘Operation Safe Corridor’, that would  focus on deradicalisation in order to create a balanced approach to peace building,” Mustapha said.

“Definitely, in the beginning, it was the Ulamas that gave suggestions to the CDD to come up with a manual which will serve as a guide for both the communities and individuals that were victims of insurgency and the insurgents themselves who have surrendered to the government.

“With this development, we believe reconciliation will be achieved for peace in Borno and other parts of Northeast,” Gajiram said.

According to programme manager CDD, the NGO was collaborating with the Borno State Ministry of Religious Affairs, Ministry of Reconstruction, Rehabilitation and Resettlement in the peace building initiative aimed at reconciliation of communities for the reintegration of deradicalised repentant Boko Haram terrorists in to the society.

He said the peace building programme would see the building of capacity of 80 Ulamas in Borno, 70 in Yobe and 70 in Adamawa for the process of reintegration of the former members of the Boko Haram terrorists.

PDP to Buhari: Nigeria is collapsing on your watch