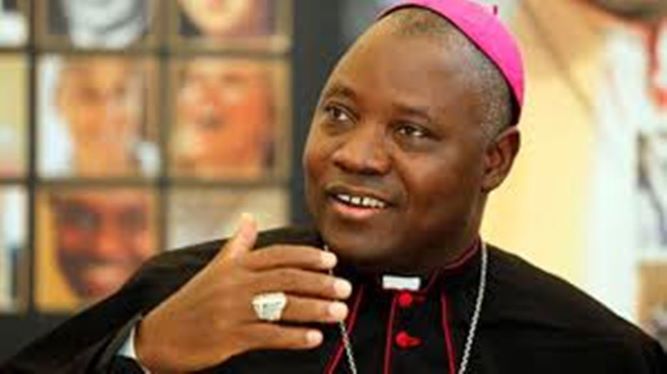 The Catholic Archbishop of Abuja Archdiocese, His Grace, Rev. Ignatius Kaigama, has appealed to the Federal Government to site agricultural projects on disputed Tiv/Jukun lands to check the rate clashes and killings in the area.
Kaigama made the appeal at the Saint Luke Catholic Parish in Kubwa, Abuja, on Sunday while delivering a homily on the need for Nigerians to show hospitality and love to one another.
He said that the establishment of agricultural projects on the disputed would automatically end the crises and foster economic progress, social integration and peaceful coexistence.
The Archbishop regretted that Nigerians that were welcomed in other countries were the same people that tagged one another as foreigners at home.
He said: “A man of Kenyan route rose to become the president of United States (U.S.); it can and should happen in Nigeria whereby Nigerians of Southern, Northern, Eastern or Western origin will be greeted well and not given second class treatment because they are different.”
According to him, Nigerians should always reflect on how to exhibit hospitality just as Abraham did in the Bible record to the three men that passed through his neighbourhood.
He noted that Abraham’s hospitality was the key that opened the womb of his wife Sarah who eventually gave birth to Isaac even when she had grown past the age of childbirth.
“If we have the spirit to graciously welcome and support one another and equitably distribute our God given resources, our burdens in Nigeria will become lighter and the violence we witness will be greatly minimised.
“Hospitality means that you welcome others with love and dignity because they are made in the image and likeness of God.
“It means that if you are a Hausa man from Kano, you can welcome and integrate with respect and love somebody from Enugu or Ibadan or Calabar, and if you are Igbo from Enugu, you do the same to someone from Sokoto, Katsina, Markurdi or Zaria.
“A Nigerian should be able to work in a hospitable and safe environment in the North, South, East or West of Nigeria, without suffering discrimination; unfortunately, because of the indigene syndrome, neighbours some times fight dirty.
“Nigerians most at times identify their states in terms of tribe and we know that tribes in Nigeria see other tribes as opposition or competitors and so, parochial ethnic interest always prevail rather than the common goal,” Kaigama said.
He further said that politicians, religious leaders and most prominent Nigerians were not doing enough to unite Nigerians and as most of them usually become sentimental and almost confrontational when issues affecting their ethnic group are up for discussion.
“They have failed the test of hospitality as far as tribe and religion are concerned,” he said.
He called on the Tiv and Jukun to shun the jaundiced stereotyped perception of one another and embrace peace to enable them do what they are best known for which are crop and fish are farming.
The archbishop urged Nigerians to cultivate the kind of peaceful environment that prophet Isaiah described in the Bible as hospitable climate where the lion can live with the sheep.
Also speaking, Rev. Father Innocent Jooji, Parish Priest of Saint Luke Catholic Church, Kubwa, urged Nigerians to learn to love one another as their living together was by divine providence.
“We never applied to be Nigerians or applied to be a Tiv man or Jukun man or any ethnic group but if we see that as a source of division then it’s unfortunate.
“It means we have agenda different from that of God because unity of purpose is very important; united will stand and divided will fall. We need to corporate and work together,” Jooji said.
The News Agency of Nigeria (NAN) reports that social distancing, wearing of face masks and other government directives on safety measures against COVID-19 were observed during the Mass.
(NAN)
Please follow and like us:

PDP asks Emefiele to resign over poor state of economy

IBB to Nigerians: Be patient in 2021; everything that has beginning...